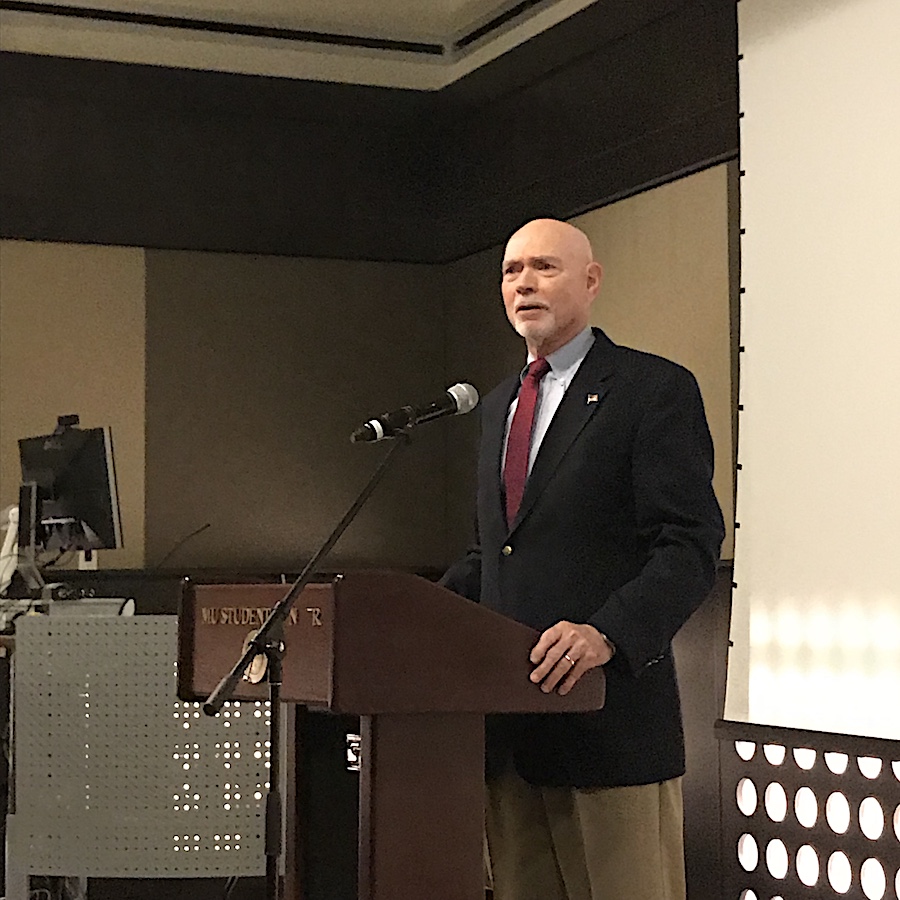 Col. John Clark Clark was the keynote speaker at the second Speaker Series event, held in February at the MU Student Center.

The MU Engineering Leadership, Engagement and Career Development Academy Speaker Series’ goal is to give students the opportunity to hear from tremendous leaders from a variety of backgrounds to show them tangible examples of leadership. And there are few better examples of leadership in the face of adversity than Col. John Clark.

Clark was the keynote speaker at the second Speaker Series event, held in February at the MU Student Center. He was a decorated pilot in the Vietnam War when his plane was shot down in March 1967 over North Vietnam. He spent the next six years as a prisoner of war and endured horrific treatment by his captors until his release in February 1973.

Clark earned a mechanical engineering degree from the MU College of Engineering and a master’s from the MU Robert J. Trulaske, Sr. College of Business. His military service continued in the Missouri National Guard and Air Force Reserve, respectively, until 1992.

Clark opened his remarks by reading from the Code of the United States Fighting Force and discussed how his military service helped shape his vision of what makes a great leader.

“A leader begins to understand that those under their command look to them for leadership, guidance and inspiration,” he explained.

Clark spoke at length about his experience in Vietnam, from being shot down to his years in captivity to his release and return to the U.S., weaving in important lessons of perseverance, loyalty and leadership.

“Are you going to be able to turn some of your unfortunate circumstances to gold to make your sunset beautiful?” he said.