A collaboration between the College of Engineering and the Trulaske College of Business seeks to increase the number of women entrepreneurs leading technology-based companies. COE Associate Professor Heather Hunt and Assistant Professor Ferris Pfeiffer teamed up with Annette Kendall, director of the Center for Entrepreneurship and Innovation in the Trulaske College of Business, to apply for a faculty grant from VentureWell, which “supports faculty in developing programs that cultivate student innovators and promote institutional change.” 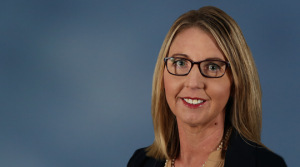 Annette Kendall, Director of the Center for Entrepreneurship and Innovation in the Trulaske College of Business.

“Ferris reached out and asked us to look at the proposal to see if we could work on something together,” Kendall said. “I looked around and saw there were already resources for students who know they want to run a business or create a company, but our entrepreneurship training and skills development are not reaching pockets of students who might need these skills the most—people who are more likely to be discriminated against in the workforce.”

Kendall became director of the center last August and said she had been looking for opportunities to create programs which would increase the number of female and underrepresented students who are interested in entrepreneurship.

Pfeiffer said the program will be open to all students interested in entrepreneurship, both men and women, but women will lead the entrepreneurial teams that are created. 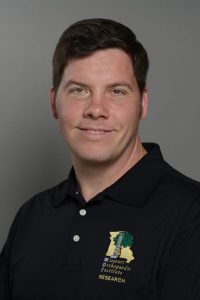 “What we’re observing and trying to put forth is there are benefits to women in leadership and entrepreneurship and those benefits are not currently being realized with the traditional pathways,” he said. Pfeiffer said one facet of the three-year project will be determining what barriers exist to women in entrepreneurship. He thinks one hurdle may be the fear of taking risks.

“That fear of taking a risk in tech entrepreneurship can stop great ideas from coming forth, so that’s one of the practical skills we want to teach,” he said. “You have to be willing to take that risk and risk failing in order to succeed.”

Kendall says a 2016 study by the Kauffmann Foundation found that women were half as likely as men to start a business, women-led businesses tend to be smaller and financed at lower rates, they are less profitable and slower to grow, and they tend to be home-based.

“We don’t have a large presence in tech, but that is starting to change as women are getting more empowered” she said. “In tech they face so many barriers—not getting taken seriously or men assuming they don’t have the technical knowledge.”

Kendall says that perception is changing; her entrepreneurship courses were typically 80-90% male, but this semester her three courses are comprised of more than 50% women. Kendall thinks that surge in female enrollment might be attributed to MU students Libby Martin and Teanna Bass coming in first and third, respectively, in the University of Missouri System’s Entrepreneur Quest (EQ) Student Accelerator last year, which gives students the opportunity to win up to $30,000 to jump-start their venture. 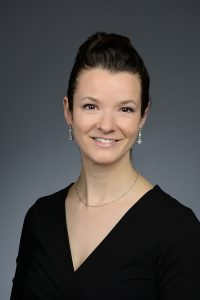 Associate Prof. Heather Hunt in the Department of Biomedical, Biological and Chemical Engineering.

Kendall said her team will probably begin recruiting students in the fall; they want about 20 students to enroll so they can create teams of 3-4 students. She says the goal of the program will be for the teams to register their intellectual properties and pitch their ideas to angel investors.

The team hopes to create an infrastructure that can sustain itself after the three-year grant runs out.

“I am thrilled that the grant from VentureWell will enable the University of Missouri to collaboratively focus on promoting women in tech-based entrepreneurship through evidence-based best practices across multiple fields,” Hunt said. “Profs. Pfeiffer and Kendall bring together unique strengths in these exciting, novel areas that really allowed our proposal to stand out.  I look forward to working with them and our students to make this program a success!”