The IMSE Hall of Fame was established in 2008 to honor distinguished industrial engineering graduates who have made an impact within their field and to recognize those who have supported the IMSE Department. 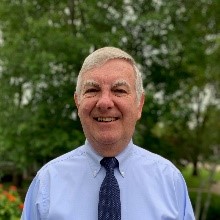 obtained his MBA from Rockhurst University. From there, he moved on to broader managerial positions in product inventory and retail logistics. He then took on strategic planning and eventually became Vice President – Business Manager for Hallmark.com, the e-commerce and internet marketing side of the company that he established with his team in the early 2000s.

Jaeger credits his experience at Mizzou as a primary contributor to his rewarding career and professional life. Though he transitioned away from traditional industrial engineering, the approach to problem-solving he learned at Mizzou Engineering served him well in his managerial roles and throughout his career.

Upon graduating from Mizzou, Salerno worked as a Cost Estimator for McDonnell Douglas, a major company in the Aerospace and Defense sector that has since merged with Boeing. As he progressed in his career, he entered management roles and obtained his MBA from Washington University. After the merger, Salerno became CFO with The Boeing Company.

Throughout his career, his background in Industrial Engineering has been foundational to his thinking and problem-solving skills. He believes that this background positioned him perfectly in the early stages of his career, as he was able to develop a broad overview of the technical aspects of the business and use that to his advantage in pursuing a career on the management and finance side of the company. 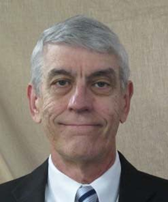 Born into a family of engineers, Cooper knew he wanted to pursue engineering from an early age and says his choice to pursue Industrial Engineering at Mizzou was perfect. While at the University, he earned a scholarship walking on to the Track team. The IMSE department provided him the support of working around his sports schedule and the flexibility to take courses in economics.

After graduating with his master’s, he began working at IBM, where he sold mainframe computers for five years. Since leaving IBM, he started his own consulting business as a speaker and trainer while teaching classes at night. As a consultant, he gave more than 2,500 speeches and seminars and appeared in more than 300 video trainings.

In 2002, he co-founded ej4.com, an online training start-up, which he sold in 2012. After that, he wrote more than 1,110 video training scripts for BizLibrary.com. Throughout his career, he has written business and trade books, and wrote for industry magazines. He attributes his time at Mizzou IMSE for the foundations of his successful career.

Pierson began her career at AT&T Bell laboratories as an Industrial and Systems Engineer. She was selected for AT&T’s leadership development program and promoted to roles of increased scope and responsibility, including Sales Vice President for Global Business Services and Director of Business Development for the Solutions group.

After AT&T, she joined Bayer Healthcare Corporation’s Animal Health Division as the VP of Sales. She then served as the Executive Vice President of UMB Financial Corporation’s Consumer Services Division. Currently, she is the President and CEO of Tresl, a FinTech business in consumer lending.

In addition to her industrial engineering education from Mizzou, Pierson has an MBA from Rockhurst University and is a graduate of the Stonier School of Banking at Wharton. She earned the 2013 National Association of Corporate Director Fellows, was named in 2014 among the American Bankers Most Powerful Women in Banking and selected by the Financial Tech Report in 2021 as one of the Top 50 Technology CEOs.

Be part of a legacy of excellence in industrial and manufacturing systems engineering. Learn more about the IMSE Department at Mizzou Engineering.