Unlocking the mysteries of the brain 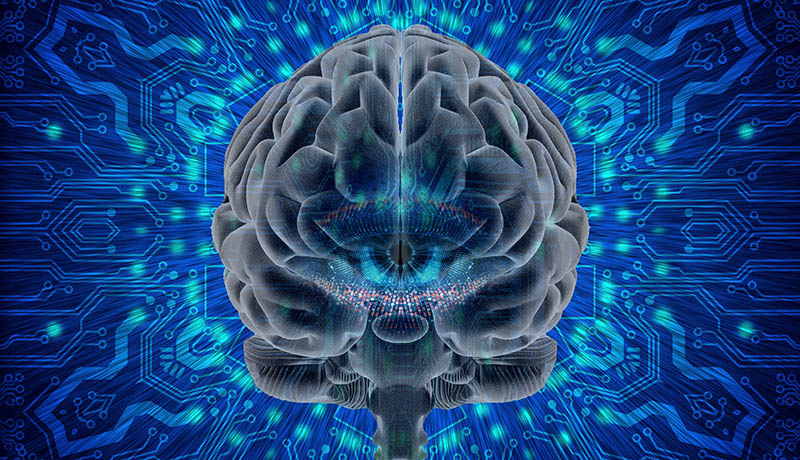 Researchers in the Neural Engineering Lab at Mizzou Engineering are collaborating with neuroscientists to develop computational models aimed to boost our understanding of how the human brain works — a massive feat considering there are roughly 86 billion neurons in each of our heads. The group does this by understanding the firing of single neurons as well as networks at regional levels and their role in communications.

“The brain is extremely complex, and close partnerships with neuroscientists are required to truly understand how the brain functions,” said Satish S. Nair, professor of electrical engineering and computer science who oversees the lab. “We have to start by understanding functioning at single neurons and regional network levels, which still remain a mystery to scientists.”

Nair and his team recently published their findings at conferences and top research journals. Each study should help the team develop more comprehensive computational models to better simulate accurate brain activities. And that could lead to better treatments for neurological and neuropsychiatric disorders.

“Ultimately, this work has the potential to help us understand the root causes of anxiety, depression and related brain disorders,” Nair said. “Modeling single cells and regional networks is also key to development of personalized medications.”

In one recent publication, the research team outlined a new pipeline to help scientists better simulate and understand complex neural single cell behaviors. The paper proposes a module to mimic spike frequencies, or patterns of activity within individual brain cells.

“In an ideal world, we would provide a tool where researchers could determine what they want to observe, give it parameters knowing the biological limits, and optimize methodology to come up with better results than current experiments are able to achieve,” said Pete Canfield, a junior electrical engineering major and co-author of the paper. “We’re trying to make the entire process automated, using machine learning techniques and approaches to take the human grunt work out of the equation entirely.”

Canfield and co-authors presented the paper at the Institute for Electrical and Electronics Engineers (IEEE) Conference on Neural Engineering in May. The software will be made available for public download on the lab’s website, cyneuro.org.

One of the regional networks that Nair’s group studies is centered on the amygdala, a nucleus of cells located at the base of the brain associated with “fight or flight” responses.

“Several projects we are working on relate to the fear circuit, the dysfunctioning of what is thought to underlie most emotional disorders, anxiety, etc.,” Nair said. “With support from NIH, we are also beginning to study brain oscillations and their role in communications and coding, topics in computer science. Aberrant communication is thought to underlie disorders with the fear circuit as well as with cognitive processing, for example schizophrenia.”

Typically, the amygdala is studied as one area; however, in a recent paper published in The Journal of Neuroscience, the team discovered that oscillatory brainwaves differ between two sections of the amygdala during decision-making processes. Those sections are the lateral amygdala (LA) and the basolateral lateral amygdala (BL).

“In this study, we investigated the two regions separately using extracellular recordings, biophysical modeling and behavior conditioning,” said Feng Feng, a post-doctoral fellow in Nair’s lab and co-author of the paper. “We found that during the period of environment assessment, such as assessing a threat, both the LA and BL exhibit gamma oscillations that stopped upon initiation of behavior.”

During these potentially dangerous situations — such as when a rat senses a snake nearby — researchers found that the gamma waves were more robust in the BL area, with waves in the LA supporting the evaluation process. That’s significant, because it means the LA is playing a role in emotional behaviors.

“Before this study, researchers always combined these two regions and treated them as one,” Feng said. “But that may overlook the fact that the LA and BL may be different in processing information and behavior. The function in the different regions is different, and together they will modulate your behavior.”

The team has since built two large-scale computational models to reproduce neural activities such as gamma oscillation in the BL and LA. The circuitry-level investigation would not be possible without modeling, Feng said.

In another paper published in the May issue of Cell Reports, the team discovered that one neuron wasn’t behaving the way scientists have traditionally believed. They also found a specific brain wave in an unusual area.

There are two main kinds of cells in the brain: excitatory and inhibitory.

Interneurons — a type of neuron that is confined to a single brain area — have typically been thought to be inhibitory. In this study, however, researchers found one particular interneuron behaved the opposite.

This so-called “chandelier” interneuron was so excitatory, in fact, that it fired other cells enough to initiate sharp-wave ripples in the amygdala — waves that are typically found in a different brain region deep in the temporal lobe.

“Sharp-wave ripples are involved in memory consolidation,” Latimer said. “So when you learn a new song on the piano, and you go to sleep at night, the memories replay to go from short-term to long-term memories. This paper was one of the first to look at mechanics for sharp-waves in the amygdala.”

For the study, Latimer worked with scientists from Queensland Brain Institute at the University of Queensland in Australia. Researchers there explored the brain activity, and MU modeled it.

“The big contribution from our lab was the simulation part,” Latimer said. “Our collaborators in Australia did the wet lab biology. What we did is build simulations of brain networks. I think of it like a video game where you could imagine cells all around you, and you plug them in different ways to see what happens and understand it in a deeper way than you could in an experiment.”

Training the next generation transportation workforce