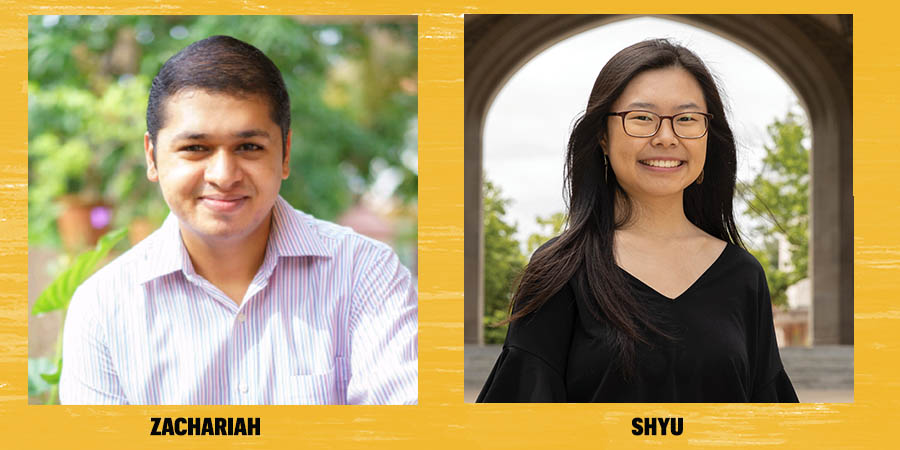 Two students from the Department of Electrical Engineering and Computer Science at Mizzou have been awarded scholarships from Upsilon Pi Epsilon, the International Honor Society for the Computing and Information Disciplines.

Recipients are selected from a large number of applications and are chosen for academic excellence, contributions to their local UPE chapters and long-term plans in the profession.

“I am truly honored to have received the UPE Scholarship Award. And I like to take this opportunity to particularly thank my department chair, Dr. (Kamrul) Islam, Ph.D. advisor, Dr. (Praveen) Rao, and UPE chapter advisor, Dr. (Michael) Jurczyk, for their constant support and motivation.”

This past summer, he completed an internship at Arm, a leading semiconductor and software company, which allowed him to learn more about open-source tools and core systems design.

A former technology analyst and consultant to Apple, Zachariah plans to enter academia as a tenured track faculty member.

“We’re thrilled to have two recipients of the UPE scholarship,” said Islam, who is also chair of the Department of Electrical Engineering and Computer Science Department. “Both Arun and Rebecca are outstanding students and exemplify excellence in scholarship and research.”

Join a community of exceptional scholars. Learn more about Electrical Engineering and Computer Science at Mizzou.