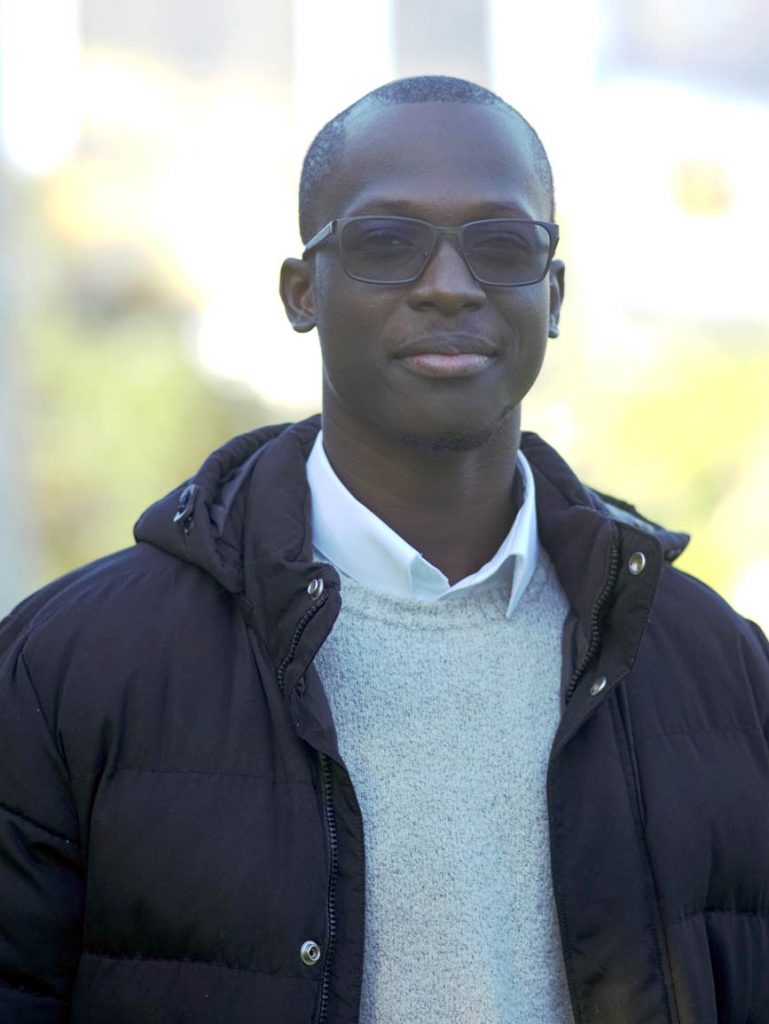 Trail bridges that connect remote communities are working, a Mizzou Engineer has found. Abdul Rashid Mussah, a PhD candidate in civil engineering, investigated the effectiveness of the structures as part of a prestigious fellowship with Engineering 4 Change.

During his five-month fellowship, Mussah partnered with Bridges to Prosperity (B2P), a nonprofit organization that builds trail bridges over rivers to connect last-mile communities with critical resources and services.

“Trail bridges are a pragmatic and viable solution to solving the isolation problem and connecting communities with very necessary infrastructure such as hospitals and schools,” he said, “especially during the rainy season when they get disconnected as the rivers start to swell and overflow.”

Since its founding 20 years ago, B2P has built more than 330 trail bridges, connecting more than a million people. To strengthen investment in future bridges, the organization needed a way to assess the impact of existing structures.

Mussah was charged with coming up with the framework to analyze bridge usage. He used publicly available satellite imagery to develop a method to collect data and measure the area of footpaths that lead to bridges in 40 areas.

“I looked at foot paths before and after the bridges were built and measured changes in the area to draw some conclusions,” he said. “There were very observable changes that proved the bridges are being used.”

Mussah presented some of those findings and shared his experiences during a panel discussion at the Institute of Electrical and Electronics Engineering (IEEE) Global Humanitarian Technology Conference, which was held virtually in mid-October.

A passion for global engineering

Originally from Ghana, Mussah is passionate about using his engineering skills to promote sustainable communities and end poverty — two of 17 Sustainable Development Goals (SDGs) identified by the United Nations.

He originally came to the U.S. for graduate school hoping to take what he learns back to Ghana. While his goals have evolved, he’s never lost sight of his purpose.

“When I transferred to Mizzou in 2019, I made my plans very known to them,” he said. “SDGs and engineering for global development are personal to me. So when the fellowship opportunity presented itself, both of them encouraged me to do it because it was in line with my interests.”

Mussah has been involved in a number of related efforts, including the World Resource Institute, a global organization that works with partners to address food, water, energy and climate challenges. He’s also a frequent attendee at the Transforming Transportation Conference, which will focus on sustainable transportation in 2022. At Mizzou, he is also the President of the Institute of Transportation Engineers Student Chapter.

In Adu-Gyamfi’s lab, Mussah works on deep learning models, artificial intelligence and big data analysis around intelligent transportation systems. While he isn’t settled on where he will work following graduate school, he’s confident the skills he’s gained at Mizzou Engineering will help him accomplish his ultimate goals.

“My experience here has been incredible,” he said, adding that he’s also worked on research with Edara, Professor Carlos Sun, and Assistant Professor Sabreena Anowar. “A lot of the work I do is very technical, so it’s not easily transferable outside of advanced development spaces. But the work is applicable in areas where we’re trying to bridge the gap and present solutions that can solve a myriad of issues. I want to apply the skill set that I have been building on over the course of graduate school and make sure I’m still giving back. As engineers, it is our responsibility to make sure whatever solutions we present are pragmatic, adaptable, and socially viable.”

Gain an engineering education with faculty who support your personal goals. Learn more about civil and environmental engineering at Mizzou.