The Industrial and Manufacturing Systems Engineering Hall of Fame inducted six new members in October 2021. Three of these distinguished alumni — Adam Hogg, Carol Stupica and Scott Vollett — were recognized for their significant career achievements in both the application of industrial engineering and being leaders in the field.

Established in 2008, the IMSE Hall of Fame honors distinguished industrial engineering graduates who have made an impact within their field and recognizes those who have supported the IMSE Department.

A central Missouri native, Adam Hogg started his professional career working for Scholastic Book Clubs in Jefferson City, Missouri. As part of the Industrial Engineering Team, Hogg helped grow the Scholastic distribution network with facility projects throughout the United States and Canada. In 2005, he moved to Chicago as one of the initial employees of a new Scholastic business unit. There, he leveraged his Industrial Engineering background in a sales and operations role to help establish and streamline business operations. He returned to Jefferson City in 2011 as director of Scholastic’s Global Engineering organization, leading a period of strategic transformation and investment in the distribution network.

In 2015, Hogg left the corporate world to engage in consulting, ultimately founding Launch Team LLC. Through his supply chain consulting and professional services firm, he has worked with numerous Fortune 100 companies on projects to enhance e-commerce fulfillment operations through the use of material handling system technologies. Launch Team’s growing roster of professionals provide Engineering and Project Management services in support of a range of clients in the distribution sector.

Hogg has been a member of the MU IMSE Industrial Advisory Board since 2013 and enjoys working with the department staff and students.

Carol Stupica began her career as part of the Management Development Program with AT&T Long Lines in Kansas City, Missouri. At the time, Long Lines was part of the Bell System, and she started as a manager in the computer center. She then moved to the human resources department as a recruiter, traveling to universities throughout the Midwest to hire associates for all the Bell companies. Her next move was into the Engineering Department.

Stupica then joined the Bendix Corporation, which later became Honeywell. She was the Industrial Engineering Manager overseeing the more traditional IE functions. She transferred into Finance as the manager of budgets, headcount forecasting, productivity improvements, cost reduction and the rewards and recognition program. Stupica later moved into program

management as a lead Program Manager (PM) in various roles. At the time of her retirement in 2018, she was the PM for multiple Department of Energy Research & Development programs, coordinating with DOE in Washington, D.C., and the work being done at the Honeywell National Security Campus in Kansas City.

In addition to her job functions, Carol was trained in Total Quality, Six Sigma and Black Belt improvement processes. She became a trainer for these programs and later taught other Honeywell associates to be trainers.

The University of Missouri and the industrial engineering degree provided a strong background that led to many opportunities in Carol’s career. 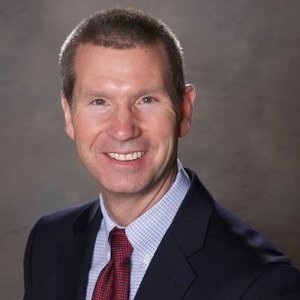 Scott Vollet graduated from the University of Missouri with a BS in industrial engineering in 1987. While at Missouri, he played for the Tigers football team as a defensive lineman.

After graduation, he moved to Dallas, Texas, and began his career working at Texas Instruments (TI) as an industrial Engineer. While at TI, he progressed into roles in development engineering and management within their Defense Systems Group. Concurrently, he attended evening classes and received an MBA from the University of Dallas.

After five years, Vollet joined a management consulting company (Gemini Consulting) and worked on many client engagements around the world, including a two-year assignment in Australia, focused on operations. Vollet transitioned out of consulting after five years into a position with Lexmark International located in Lexington, Kentucky. While at Lexmark, Scott spent 12 years working on progressively expanded roles across all areas of Operations.

In 2009, Vollet joined Tempur Sealy International as Vice President of Supply Chain. In 2013, he was promoted to Executive Vice President of Global Operations responsible for all aspects of the extended supply chain (Sourcing, Manufacturing, Logistics, Sales and Operations Planning, Product Engineering and Advanced Technology for Foam Development).

Vollet is currently the President of the Board of Directors for the Ronald McDonald House of the Bluegrass charity.