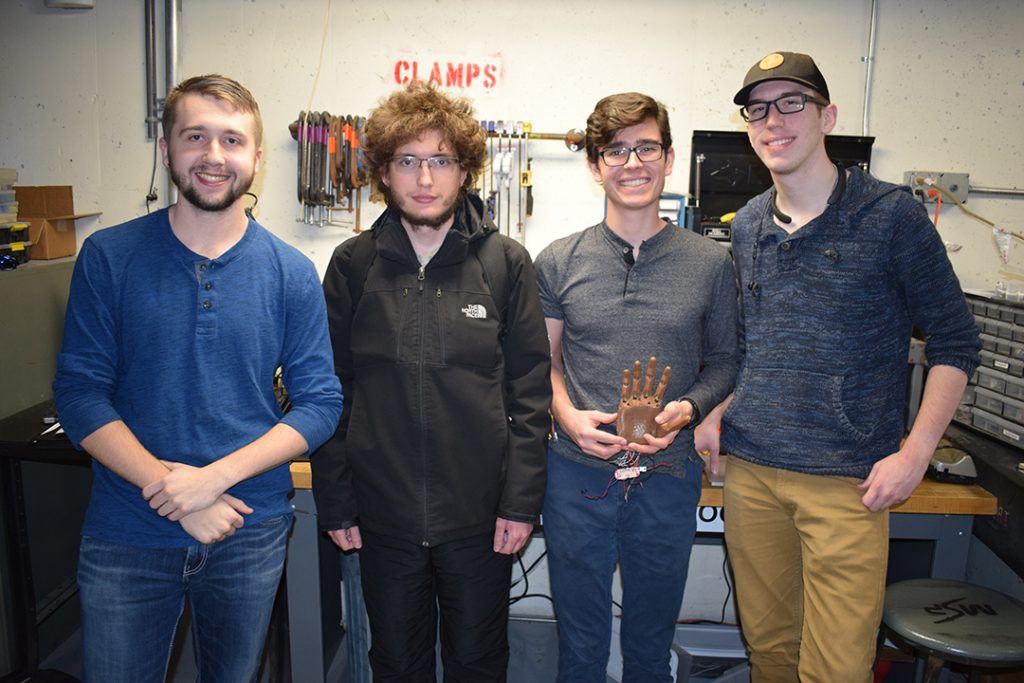 A Mizzou student organization based in the College of Engineering recently has completed a pair of projects designed to help others. The 3D Printing Club (3DPC), which is open to any current student or employee of the university, had planned to ship a prototype of a prosthetic hand to a charity in India and did install a tactile map of the northwest section of campus in front of the south entrance to Jesse Hall in December. Issues with the wiring of the hand are being resolved and the prototype is expected to be shipped in the next couple of months. Both endeavors are part of ongoing projects the club has undertaken.

Mechanical engineering student Andrew Dove is the president of 3DPC and says the club spent the past year working on a low-budget prosthetic hand for people in India in collaboration with an Indian charity. John “J.D.” Peiffer, a junior majoring in bioengineering, says the doctors in India originally just wanted a cosmetic hand for people who hand lost a hand due to amputation, but he says club members decided to make it functional. 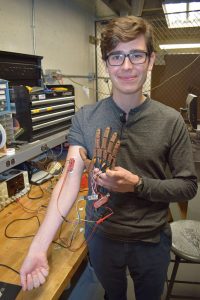 JD Peiffer attempts to make the hand respond to his movements.

“Because we can—it’s been done before,” he said. “But what is new about ours is we’re going to fit the battery and all of the electronics inside the hand, and a cord will come off of it, so we can ship it to anyone with a socket and they can just screw the hand right on, so it’s very adaptable. The doctors there will cover making the sockets for us.”

Peiffer said the prototype was printed as one piece on a 3D printer previously built by club members and housed in the basement of Lafferre Hall, where the club meets and works on projects.

“We insert all of these wires and things in it, so it’s kind of a mess but it will be less so when Stewart’s electronics designs are done,” he said.

Stewart Aldrich is majoring in computer science and has been doing much of the coding and electronics work on the prosthetic hand project.

“Unfortunately, we could not do as much custom work as we would have liked (last) semester, but with prototyping we’ve set up the groundwork to customize the electronics this semester that should integrate nicely into the hand,” he said.

3DPC treasurer Chris Scully, who is majoring in computer science and information technology, credits Aldrich for moving the project forward. 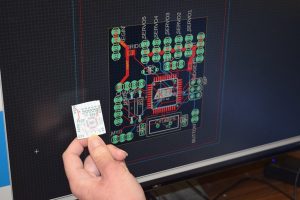 Stewart Aldrich demonstrates some of the electronics he developed for the hand.

“Stewart had a great impact on how our electronics were set up and offered a lot of common-sense solutions to the problems we were facing,” Scully said. He is in charge of the programming for the prosthetic hand.

Peiffer says they eventually hope to incorporate a number of grip patterns into the hand to make it as functional as possible, but at the moment the hand can simply open or close.

“There are other grip patterns we can program in, but right now we are keeping it simple like grabbing a cup of water,” he said. “This is just a prototype and they might say they don’t like this, so we don’t want to put too much time into developing this until we get their feedback.”

3DPC members have been working on the prosthetic hand for just over a year, but they recently completed a prototype for another project that started about four years ago. Club members, in collaboration with MU’s Office of Accessibility and in compliance with the Americans with Disabilities Act, created a three-dimensional map of the northwest section of the MU campus to accommodate visually impaired students and visitors. 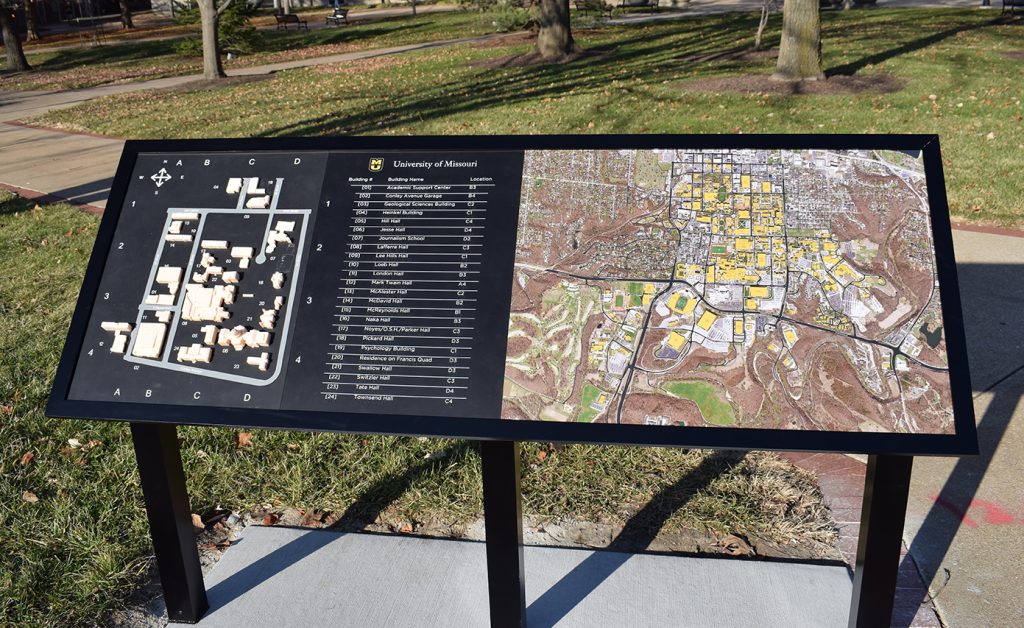 Hindersmann says the club then worked with a sign company to produce the final map and went through several designs. After the sign company produced the campus map, club members began printing buildings to get the scale just right. Once the buildings were printed and attached to the map, the club gave the project to MU accessibility and accommodations specialist Mohamed Shahin, and the map was installed near Conley Avenue in front of the south entrance to Jesse Hall Dec. 3, in celebration of the International Day of Persons with Disabilities. 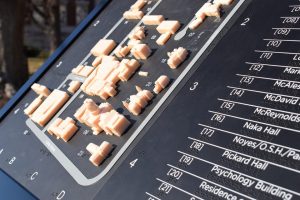 If the new tactile map survives the weather, or potential vandalism, club members will use their prototype to make three-dimensional maps of other sections of campus.