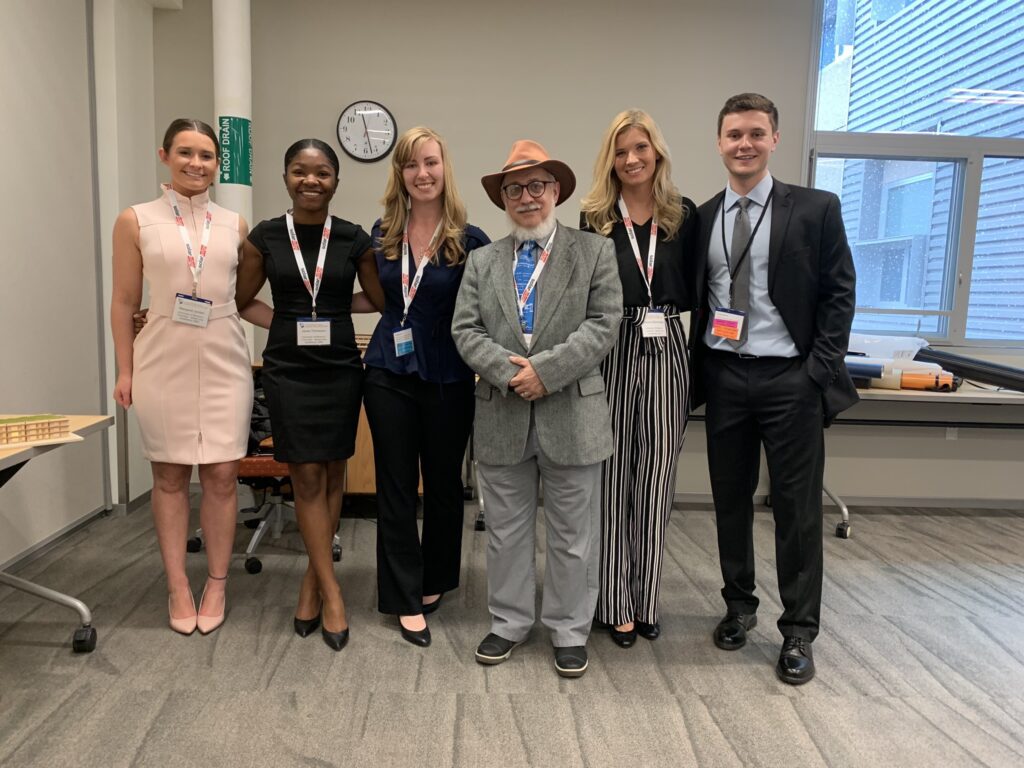 For Megan Wahlquist, the moment of triumph wasn’t the award presentation. It wasn’t when she and her cohorts deftly answered every question from the panel of judges. It wasn’t even the round of congratulatory handshakes from industry professionals.

It was the moment of silence.

“They ran out of questions for us,” says Wahlquist, a junior from Fair Grove, Missouri. “That didn’t happen to the other groups. We knew exactly what it would take for our building to work because of our preparation.” 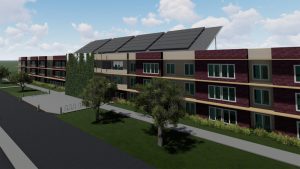 The winning building model is a 56,000 square-foot apartment complex designed for mixed use: low-income housing and commercial space. Plans include a geothermal HVAC system, a load-bearing “green wall” with living plants and a solar panel array.

Wahlquist, Blankinship, Jordan, Smeets and Thompson were joined by additional team members who participated in the project from its initial inception:

“I was really impressed by how well the students balanced design with affordability,” says Goldschmidt, who has a dual appointment as a housing and environmental design professor with MU Extension. “The depth of their research on all of the different systems was phenomenal.”

“I learned more from the hands-on work than sitting in a classroom taking notes and exams,” Smeets says. “It was my first time working with architecture students — or students from any other discipline for that matter.”In the months leading up to the competition, the team worked with the Columbia Housing Authority and consulted local engineering and construction companies, including Quaker Windows and Doors in Freeburg and NetZero SIPs in Jefferson City. The team has even been in contact with the American Society of Heating, Refrigerating and Air-Conditioning Engineers to possibly initiate construction.

The judges, who were particularly impressed with the design’s resiliency score, also noted that the Mizzou team was the only one out of 48 entrants comprised predominantly by women.

“The Solar Decathlon is an opportunity to prove that Mizzou undergraduate students can compete at this international competition with teams from all over the world,” Goldschmidt says. “A normal building isn’t good enough. We want a building of the future.”