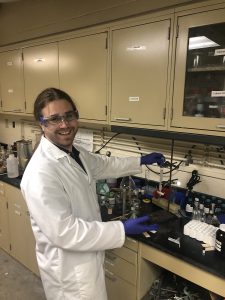 In addition to an innate love for learning and bettering himself, August Hemmerla enjoys hands-on research at Mizzou.

All his life, August Hemmerla has loved learning.

A homeschooled self-starter, he took many opportunities to broaden his perspectives. When he was 15, he studied in Ecuador where he lived with his adopted sister. Once he returned, he took community college classes.

When he turned 18, he landed a scholarship and again studied abroad — this time in China. His travels broadened his scope and enthusiasm for knowledge.

His parents, both humanities professors and Mizzou alumni, have always encouraged him to pursue an array of disciplines. It’s why Hemmerla considered majors as varied as Mandarin and mathematics.

But, ultimately, Hemmerla forged a different path toward a biomedical engineering and biochemistry degree instead.

“I’m the odd one out in the family,” Hemmerla says. “I found myself wanting to go toward the STEM fields.”

Originally from Ottawa, Kansas, Mizzou was a natural choice when he learned about its biomedical engineering program (KU doesn’t have one). With Mizzou alumni parents, the family visited Columbia every chance they got.

“My grandparents lived near St. Louis, so whenever we drove over, we’d stop by and walk around campus,” Hemmerla says. “It made it an easy choice.”

Hemmerla believes his unusual experiences in schooling — from high school to college abroad to community college — better prepared him for a four-year university.

“I think for some students, when they make that transition, it can be like hitting a brick wall,” Hemmerla says. “I didn’t feel that so much. I was very fortunate.”

Hemmerla has been involved with tutoring throughout his studies. It was another easy choice; he enjoys helping others learn.

“It’s a really fulfilling job,” Hemmerla says.  “It’s helping students not just learn the content but also helping them get better at studying in general.”

Now a senior at Mizzou, Hemmerla has been chosen as a Cherng Summer Scholar, a program through which students submit a research or artistry proposal and, if chosen, are provided opportunities to pursue that research for the summer. 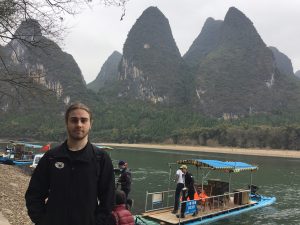 Hemmerla pauses by the Li River near the city of Gulin, Guanxi Province, while backpacking in China.

Hemmerla’s project studies a novel synthetic biodegradable neuroprotectant, which helps cells deal with oxidative stress. The goal is to help with peripheral nerve injuries, and the polymer he’s developing would be made to degrade and release a gas to help counteract the stress from the injury.

Yve Solbrekken, the coordinator of science tutoring at the Learning Center, has worked with Hemmerla throughout his time as a tutor.

“August is a lover of science and an extremely caring person,” Solbrekken says. “I am so fortunate to have him on my team.”

When he’s not studying or researching, Hemmerla loves camping and hiking at national parks. His favorite, Mesa Verde in Colorado, is unique in the way it preserves human history — specifically Native American culture.

Hemmerla plans to continue his studies in a PhD or medical scientist training program. Right now, he’s set to pursue a master’s degree at Mizzou through the Department of Biomedical, Biological and Chemical Engineering. And his goals keep him going every day.

“I would like to make a dent in the field, specifically tissue engineering and biomaterials,” Hemmerla says. “But I do have a love for learning and I’m always eager to take more classes than I probably need to.” 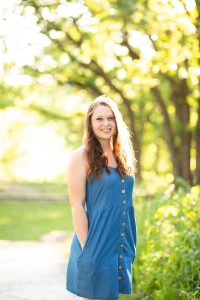 “My project aims to create a machine-learning program that can assist conservation scientists in gathering age data on bony fish populations as they complete various research projects. This was inspired by being involved in collecting age data on a black bass conservation project as an undergraduate research assistant.

“I visited Mizzou in 2017 and I was impressed with the opportunities available for academic success. Specifically, the people in the College of Engineering made it clear they care about each student’s success and are invested in making your education worthwhile.”

This story originally appeared on the MU Honors College website.