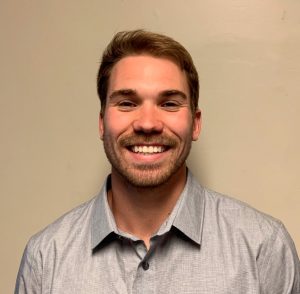 Daniel Hein, a senior in mechanical and aerospace engineering, made Mizzou history this past academic year. He was named to his second consecutive Academic All-America® Men’s Division I At-Large First Team. He became the first Mizzou swimmer and only the fifth Mizzou student-athlete to achieve this distinction multiple times.

Hein has been successful in the water as well as the classroom. He was part of the SEC champion 400 medley relay as a junior. He was also slated to compete at the NCAA Championships for a third consecutive time this year before the event was cancelled due to COVID-19 concerns.

Being part of a winning team fits into Hein’s career aspirations to be a mechanical engineer.

“I want to change the world and make it a better place,” Hein said. “I am also a big team player and want to work with teams to come up with solutions.”

The ability and opportunity to expand his knowledge into different areas is what Hein finds intriguing about being a mechanical engineer.

“Mechanical engineering is very broad. You need to have a lot of knowledge about many different things. The knowledge you gain from a mechanical degree can open up lots of opportunities – even some outside of engineering,” Hein said.

This summer, Hein is using his knowledge as an intern with Burns and McDonnell while working part-time in Columbia.

“I am interning out of their Chicago office with the Foods and Consumer Products group in the Global Facilities practice,” Hein said.

As for his Mizzou experience, Hein has taken advantage of opportunities available to him and to grow as an individual. He has also learned life lessons from both his swimming experience and time in Mizzou Engineering.