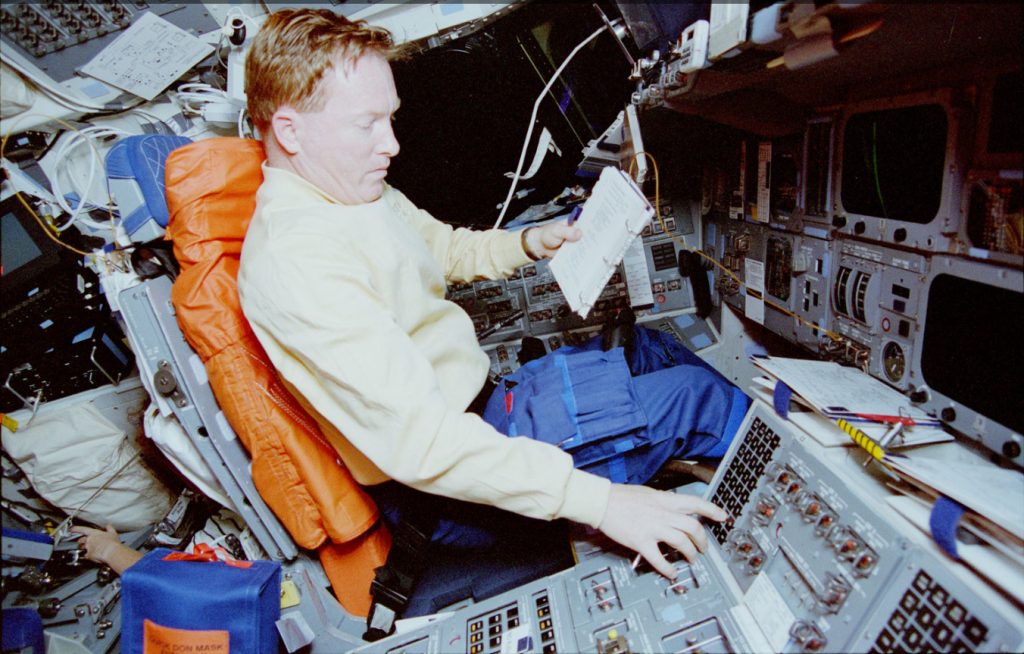 Graduating seniors at the College of Engineering’s 2019 Commencement ceremony in the Hearnes Center Dec. 13 will hear from a Mizzou alumnus who has seen the Earth from a unique vantage point: 200 to 330 miles above the surface of the planet aboard the U.S. Space Shuttle. Captain Dick Richards, U.S. Navy-retired, earned his BS in chemical engineering from Mizzou in 1969 and immediately was commissioned into the U.S. Navy as an ensign. That commission, and some sage advice from his father, changed the direction of Richards’ career path.

“I came to MU knowing I wanted to pursue a mathematic or science field, and I picked chemical engineering because at that time it had the most employment opportunities,” Richards said. He also received a Navy ROTC scholarship as a high school senior in St. Louis, so he planned on fulfilling that commitment after graduation and then becoming a chemical engineer. But his plans changed.

“While I was there in ’69 there were a lot of things going on, including the Apollo moon landing, and I was trying to figure out what to do with this Navy career I was about to embark on,” he said. “I had a minor in nuclear engineering because of the research reactor (MURR), so I thought I would go into the submarine force because my dad was a submariner in World War ll. But he said I would have a lot more fun if I did something else, so I picked aviation. The Navy trained me to do it, and lo and behold, I was good at it and had a lot of fun.” 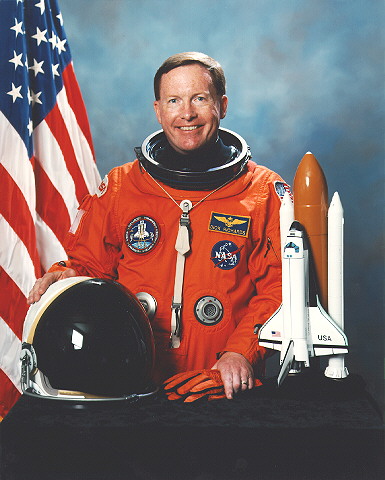 He was certainly good at it. Richards was named a Distinguished Graduate of U.S. Naval Test Pilot School and the Naval Air Test Center Pilot of the Year in 1980. During his naval career, Richards flew more than 5,300 hours in 16 different aircraft and completed more than 400 landings aboard various aircraft carriers, including landing an F-18 on a carrier for the first time.

“The F-18 was my favorite but I didn’t get to fly it very much,” he said. “It was an engineering pilot’s dream: if I didn’t like the way it flew, I just changed the software to make it fly the way I wanted it to.”

In 1980, NASA selected Richards as an astronaut. He flew on four Space Shuttle missions (STS-28, STS-41, STS-50 and STS-64), and the last three missions he served as Mission Commander.  He says the main difference between being a test pilot and being a shuttle pilot is the space shuttle cannot be flown by a single person.

“When I was flying the F-18 or the F-4, I was basically out there by myself unless I had a wingman,” he said. “With NASA, the Space Shuttle is multi-crewed so you had to work with others, and more importantly, you had to understand what the Mission Control Center could do for you because there were so many parameters you had to rely on Mission Control—no six or seven people could collectively assimilate it all.”

Richards says he never tired of looking at planet Earth from space, but he was always ready to return home at the end of the flight.

“In the end, you are away from the things that sustain you like your loved ones and your home,” he said. “I don’t know how I would do being a space station astronaut, where their minimum mission is almost six months. I’m happy with my 30 accumulated days in space.”

In 1995, Richards transferred from the Astronaut Office to the Space Shuttle Program Office, where he oversaw the second Hubble Space Telescope Servicing Mission and managed day-to-day shuttle mission operations. Three years later, he left NASA to join the Boeing Company in California until his retirement in 2004. Richards and his wife Lois now split their time between their homes in Houston, Texas and Bend, Oregon. He said he has not been back to Mizzou for about a decade and is anxious to see what has changed.

As for his remarks to graduating seniors, Richards says he plans to talk about his own experiences because his career was somewhat haphazard, at least initially.

“I started off intending to do one thing and ended up doing something completely different,” he said. “I’ll just try to relay those experiences to the graduates and hopefully some of it will resonate with them. They can pick out some experiences I had that might help them where they are going.”