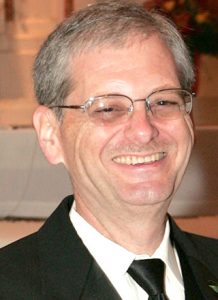 Business leaders and government officials are invited to get more involved in the Computational Intelligence Society, under the umbrella of the Institute of Electrical and Electronics Engineers.

CIS President Jim Keller — a Curators’ Distinguished Professor Emeritus at Mizzou Engineering — said the organization is ramping up efforts to offer more workshops, training and other resources that industries and governments can use to support work around emerging technologies such as artificial intelligence and machine learning.

“We’re putting a much higher focus on industry and government activities,” Keller said. “CIS is at the heart of what people define as artificial intelligence. A lot of our focus is on trying to explain our role in AI, and we know practitioners and government officials also play an important part in that and should be included in the conversation.”

The organization has created a vice president and committee for industry and government activities. Next year, CIS will team up with other IEEE societies to host a Conference on AI in Silicon Valley geared toward businesses and governments. The conference will include industry panels, demonstrations and workshops.

And this summer, IEEE’s World Congress on Computational Intelligence (WCCI) in Padova, Italy, will feature an industry day. Keller — who received IEEE’s 2021 Frank Rosenblatt Award — will be a plenary speaker at WCCI.

Keller’s tenure as president of CIS, one of 39 IEEE societies, began in January after serving as president-elect in 2021.

“We’re focusing a lot on trying to support students and young professionals in hopes of getting the next generation more engaged,” Keller said.

Additionally, CIS continues to foster inclusion, diversity and equity. The organization has had a Women in Computational Intelligence Committee for years and recently created a subcommittee on diversity and inclusion. CIS also signed IEEE’s pledge to ensure events, panels and speakers represent diverse audiences.

“If you look deep into any of the CIS structures, you’ll recognize the commitment that CIS has toward diversity and inclusion,” Keller said. “We cherish, value and need contributions from all of the diverse membership of a truly international organization.”

Keller has been involved in CIS for more than 30 years, serving in a number of roles including vice president of publications, associate editor and editor-in-chief of one of the society’s academic Transactions journals.

While it’s been a busy three months, Keller said he is honored to serve as president and looks forward to moving CIS forward.

“It’s a vibrant society, and we keep growing,” he said. “There’s something for everyone with a wide variety of publications, conferences and lots of technical, educational and member activities. And it’s a bunch of really nice people.”