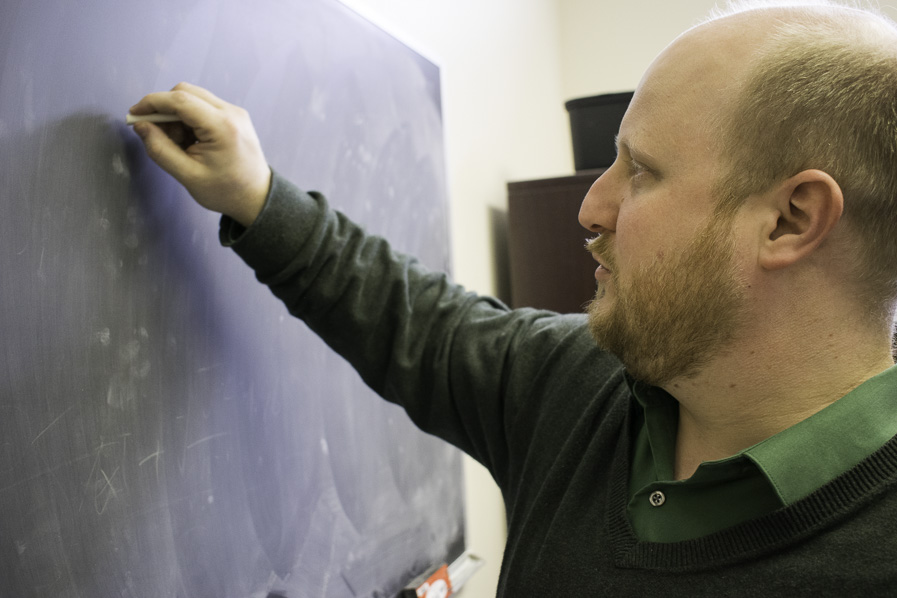 Only 73 scientists nationwide — 46 at universities and 27 at national laboratories — received awards in September from the Department of Energy’s Early Career Research Program, which is “designed to bolster the nation’s scientific workforce by providing support to exceptional researchers during the crucial early career years, when many scientists do their most formative work.”

Karl Hammond is a member of that elite group of researchers.

Hammond, an assistant professor of Biomedical, Biological & Chemical Engineering, earned recognition for his project, “Lithium–Divertor Interactions and Helium/Hydrogen Trapping in Lithiated Metals.” For his proposal, Hammond will receive approximately $150,000 per year for five years to support his research.

“These types of grants put you on the radar for even more elaborate, bigger projects,” Hammond said. “It opens up collaboration opportunities, more opportunities for participation. It opens up some doors to present you as a known quantity for something other than your post-doctoral research or initial faculty research.”

The gist of Hammond’s project involves improving the effectiveness and longevity of nuclear fusion reactor materials. The core of a fusion reactor (where the fusion reaction takes place) needs to be as hot as possible, but the walls need to remain cool to avoid melting, so the ability to utilize various elements in service of keeping the hot plasma confined is of great importance. Lithium, the lightest metal, is attractive because it would not radiate as much energy out of the core as heavier elements would.

Hammond’s research will study how lithium deposits or coatings on the walls will interact with helium, which is a product of fusion reactions. The results could have an impact on the lifetime of reactor components, heat transfer, fuel efficiency, and more.

“I think one reason I got this is because nobody else in the U.S. is working in this area, but it’s an area that the general worldwide fusion community is interested in,” Hammond explained.

The funding will help Hammond build a robust team of students, including a doctoral candidate, and will cover  expenses associated with conducting and publishing the research.