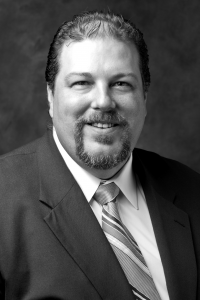 Part of Mizzou Engineering’s Hall of Fame, the award honors alumni who have made significant contributions to engineering knowledge and to the professional development of young engineers.

“It means the world,” Holt said of receiving the award. “I was overwhelmed by how many people came out in support of my nomination. And, of course, the University recognizing me for what I’ve done is very meaningful to me.”

Colleagues of Holt commend him for his expertise and professionalism in his field.

“His firsthand knowledge of the project and design and his interaction with all levels of the project from the contractor, owner and other professionals is a prime model of engineering,” one nominator wrote in his letter supporting Holt’s nomination.

Holt is owner and Principal Engineer of Holt Engineering, a company he launched in 2006. After graduating with a bachelor’s in mechanical engineering, Holt worked in the oil fields of Texas and with General Dynamics in aerospace design. He found his specialty designing conveyance systems for airports and postal systems. He worked with PSI and serviced FedEx Express for 10 years before starting Holt Engineering. Holt is a registered professional engineer in all 50 states and has maintained that status for nearly 20 years.

A Granite City, Illinois, native, Holt attended community college for two years before following his family’s tradition of attending Mizzou. Holt’s father, sister and brother all graduated from Mizzou. His mother grew up in Columbia on the second floor of the old Empire Roller Rink building, which her family owned.

Holt, who earned a bachelor’s in mechanical engineering, said that his time at Mizzou was “fantastic.” A member of the Engineers’ Club, he was a part of the senior class who pulled off a legendary Engineers’ Week prank.

“We dropped 100,000 ping pong balls on the quad,” Holt said. The balls were dropped from a helicopter hired by the students.

Holt said that the professors were very helpful throughout his courses, and his favorite professor, William Carson, taught a class on structures that formed the foundation for Holt’s work now.

Holt now excels in the subject and has become an expert in his field of work. Rather than keeping his expertise to himself, Holt has shared his knowledge and served as a mentor to others. He credits his success in his business to this philosophy of giving.

“I wouldn’t be where I’m at right now if I wasn’t willing to risk what I know by giving what I know away to others,” Holt said.

Holt’s faith is foundational to his values, and he believes that his knowledge is a blessing that he wants to share.

Holt, along with the other 2020 and 2021 award recipients, will be honored at a ceremony on Friday, September 17.