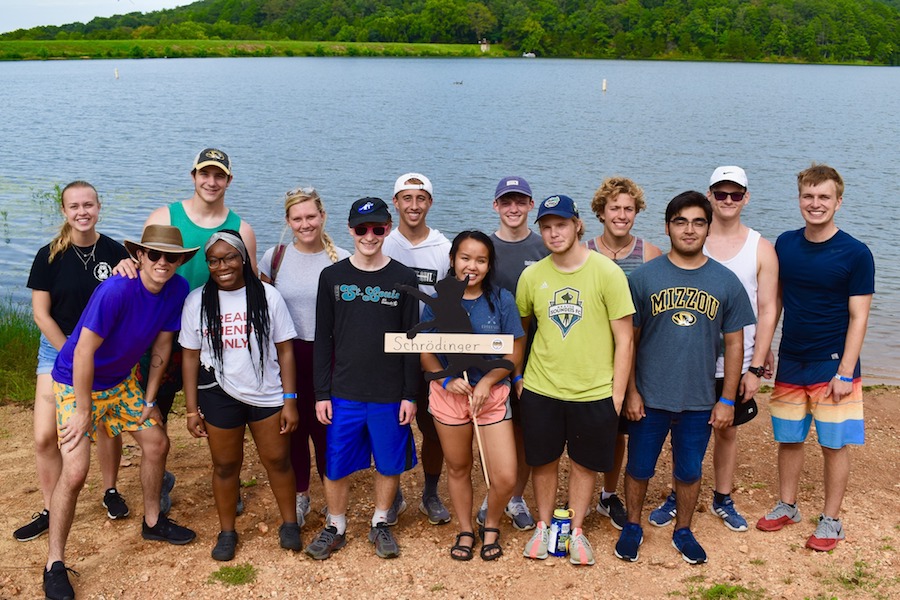 A total of 129 students descended on Trout Lodge in Potosi, Mo., to build leadership skills and relationships that will serve as a support network during their time at Mizzou Engineering. Photos by Audrey Roloff.

The concept of Camp COE — the first-ever Mizzou Engineering camp for freshmen, international and first-year graduate and transfer students — was to build a community students could grow with throughout their careers at MU. Year one was a rousing success.

A total of 129 students along with five directors and 34 counselors descended on Trout Lodge in Potosi, Mo., last weekend for three days of outdoor and team-building activities intended to help them build leadership skills and relationships that will serve as a support network during their time as Mizzou Engineering students. 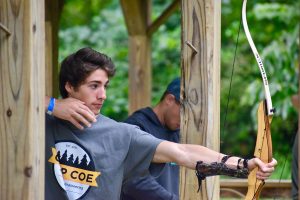 Beginning on Friday, campers had the opportunity to climb high-rope courses, zip line up to four hundred feet, swim, play paintball, and much more.

“We believe strongly that having the support of peers is a key component of student success,” Mizzou Engineering Dean Elizabeth Loboa said at Thursday’s kickoff event. “And we also want to challenge you to build the kind of interpersonal and leadership skills that will allow you to not only survive but thrive once you head out into the world.”

Beginning on Friday, campers had the opportunity to climb high-rope courses, zip line up to four hundred feet, swim, play paintball, and much more. In addition, there were campfire chats and ice-breaker activities to help facilitate relationship building.

“Hopefully, over the last couple of days, you’ve built the foundation of that community. Having friends to lean on, who understand the path you’re on and what you’re going through, will only help with your growth,” Associate Dean of Academic Programs and Student Success Hani Salim said.

Plans are in place to host a second Camp COE next August, and the College currently is seeking student counselors for next year’s event.

“Engineering is the most difficult discipline of study. You will work incredibly hard. It is worth it. The world will be your oyster when you graduate with the opportunities available to you,” Loboa said.