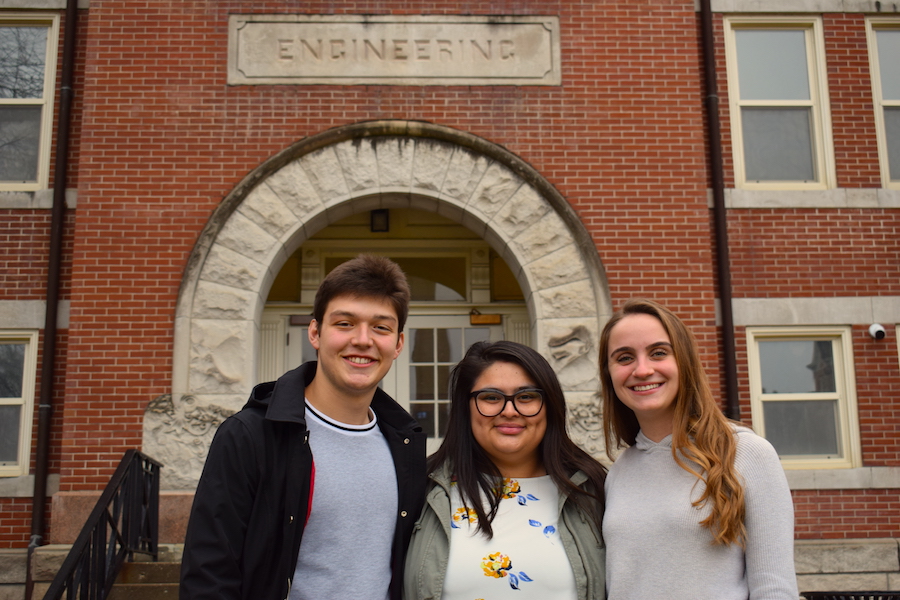 The number of women working in computer science-related professions has dropped from 35 percent in the 1990s to 24 percent in 2017. Nearly 37 percent of all computer science undergraduate students were women in the mid-1980s. As of 2011, that number has plummeted to 17.6 percent. Per Harvard Business Review, the stressors of being female in a male-dominated field are a major factor in why women leave or never enter engineering professions.One way the engineering industry is attempting to buck these troubling trends is by building supportive communities of women interested in these fields. Mizzou Engineering’s newest student organization is aiming to do just that.

Develop[Her] recently held its first meeting, with more than 40 interested students coming to Lafferre Hall to learn more about the nascent organization. Develop[Her] currently is working through the process to become officially recognized by MU and the College according to founders and Mizzou Engineering students Jamie Flores, Madison Williams and Paul Orton.

Flores, Willams and Orton are members of the Mizzou Computing Organization, and Flores and Williams are part of the Mizzou chapter of the Society of Women Engineers. The idea for Develop[Her] sprung from their work with both organizations.

“We love what both orgs do. We just wanted it to be more specific to women in technology and to reach out to other majors as well that are related, such as math or physics,” Williams explained.

“Sometimes it’s hard to find other women interested in technology, so it’s really cool to be part of a group where everyone has that common interest.”

Develop[Her]’s founders have been hard at work growing the organization, attending the Spring Career Fair to build a base of industry support and recruiting Assistant Teaching Professor Fang Wang as its adviser. Students who attended the inaugural meeting were interested in learning more about Develop[Her]’s mission of supporting women in computing and what its initial plans are.

“One thing we tell everyone is it’s an inclusive space where we’re there to help them professionally, boost their confidence and build stronger bonds between all of us,” Flores said.

Develop[Her]’s biggest goal for the first year — beyond establishing its foothold on campus — is to secure funding to send as many members as possible to the Grace Hopper Celebration of Women in Computing, the world’s largest gathering of women in technology.

The org hopes to recruit members from tech-focused fields in all areas of campus and is open to any and all who wish to join, including men. Orton said he became involved out of a desire to help support a growth of women in technological fields.

“If I had the opportunity to make other people feel better about what they chose to study, I thought it was important to make the most of it,” he said.