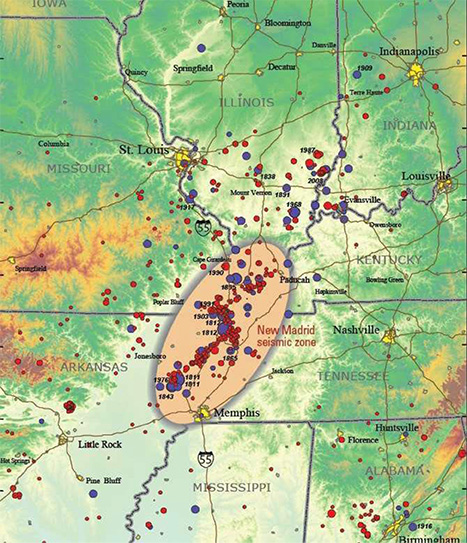 In the winter of 1811-12, a series of powerful earthquakes occurred along the New Madrid fault in southeast Missouri. The earthquakes reportedly rang church bells in Boston, Massachusetts, and caused chimneys to fall in Cincinnati, Ohio. Those earthquakes remain the strongest seismic events ever recorded in North America east of the Rocky Mountains. Structural damage and loss of life is believed to have been minimal because the area was sparsely populated at the time. However, a similar event today would have catastrophic consequences.

Brent Rosenblad, as associate professor in the Department of Civil and Environmental Engineering, chairs the Missouri Earthquake Preparedness Seismic Safety Commission. The commission was established in 1993 by the Missouri General Assembly to promote awareness of the risk of earthquakes and to take steps to mitigate damage in the event one occurs. Rosenblad said about 200 small earthquakes occur along the New Madrid Seismic Zone each year, but most are too small to be felt. 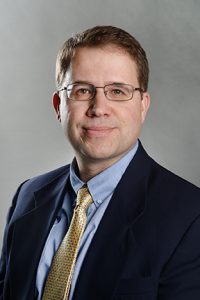 “That’s one of the challenges of making people aware of the risk and preparing for it—when something hasn’t happened in so long, the memory fades and it seems unlikely to happen,” he said.

Rosenblad said to increase awareness of the threat of another major seismic event, the commission sponsors and participates in events at places like the St. Louis Science Center and at the Rock Bridge Planetarium in Columbia. The last couple of years, the commission has co-sponsored an earthquake summit in southeast Missouri, the last one being held in Poplar Bluff in February. But he said one of the most important things the commission does is work with engineering professionals assessing earthquake readiness of schools in the Bootheel region of Missouri.

“The school superintendents there are very aware of the threat and are interested in trying to improve the situation,” he said. “A lot of buildings are old, unreinforced masonry structures that are very susceptible to damage, and there are a lot of structures like that. One of the things we’re trying to do with our school program is to identify where there is an issue that needs to be addressed.”

Volunteers will visit a school district in southeast Missouri to do a Rapid Visual Screening—a structural assessment, to identify key features about the structure to let district officials know if their school is at risk. Rosenblad said the next step would be retrofitting a building to current seismic standards, but funding is often a hindrance. Commission volunteers have been doing Rapid Visual Screenings at three to four school districts each year since 2013. The commission also hands out earthquake kits with simple and inexpensive fixes that can make a big difference in an earthquake, such as tying down water heaters and bookcases. Additionally, the commission sponsors the “Great Shake Out” each October, which Rosenblad calls a practice run for what to do in an earthquake.

The most dangerous aspect of an earthquake is ground shaking, which affects structures close to the epicenter of the earthquake but can affect buildings far away from the epicenter. Rosenblad’s technical focus is geotechnical engineering, soil and rock dynamics and earthquake engineering. 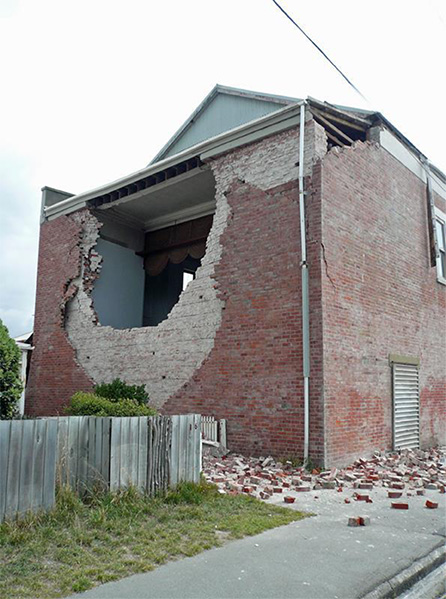 Older, unreinforced masonry structures are susceptible to damage in an earthquake.

“The seismologists are concerned with the actual mechanics of the fault, the structural engineers are concerned with how the structures are going to behave, and my expertise is how ground motions propagate through the top 100 meters of soils,” he said. “That stress wave goes a long way, but when it gets near the surface and it goes from stiff rock to soft soils, the ground motions amplify, and that can have a big effect on how the structures are going to respond.”

He said the Bootheel region is interesting because it’s a deep basin with thick sediments as well as a lot of saturated soils near the surface. Those saturated soils are susceptible to liquefaction, when the soils lose their strength when shaken a certain amount. In fact, Rosenblad said, seismologists have previously assessed earthquake risk by studying liquefaction features in soil strata. Estimates range from 500 to 1,000 years for another 7.5 magnitude earthquake to occur along the New Madrid Seismic Zone. The recurrence interval for a magnitude 6 earthquake is about 90 years; the last one occurred near Charleston, Missouri, in 1895.

Rosenblad said there is a lot of debate among seismologists about how large the threat is of another major quake on the New Madrid fault because there is no instrumentation record of large earthquakes.

“The energy from eastern earthquakes propagates much farther, so an earthquake in the central United States has a much larger area of damage than that same magnitude in California,” he said.

Due to the large number of older, brick structures in St. Louis, Rosenblad said the St. Louis area would be tremendously impacted by a large earthquake. He said Columbia also would experience damage but probably not collapsed buildings, although he said it’s hard to predict because we did not have this level of infrastructure when the last big earthquakes occurred.

“I may never see a major earthquake in the New Madrid zone, but if it does occur it’s going to be a significant event for Memphis and St. Louis and all of the communities in the Bootheel,” he said.