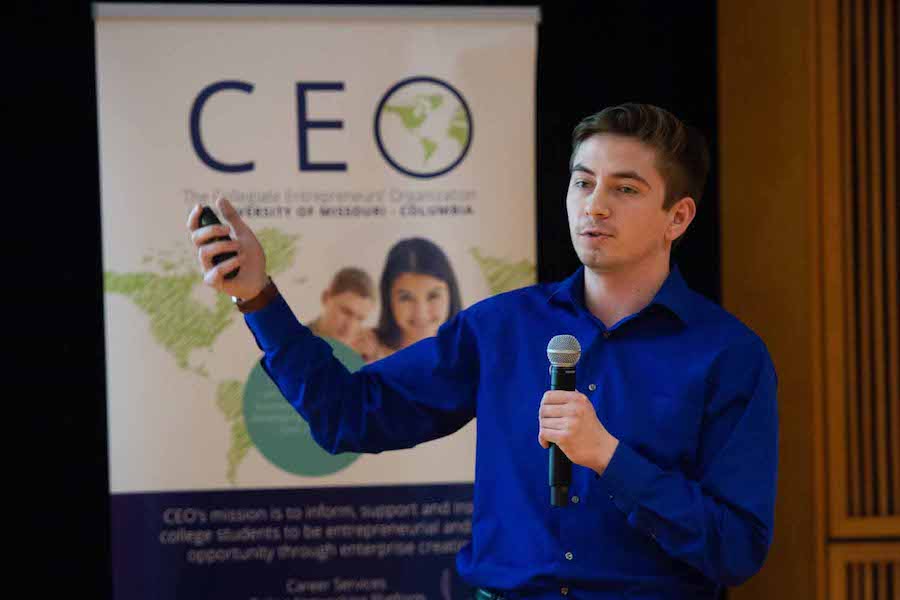 Chase Scanlan was part of the team behind SL.App, a digital platform that alleviates the stress of subleasing an apartment by matching lessees and lessors based on location, timeframe, pricing and more. Photo by Shane Epping.

Mizzou Engineers aren’t just technically proficient; many of them have an entrepreneurial spirit and the skills to create great products and companies. 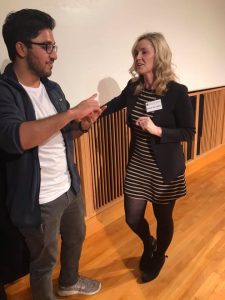 The road to Tuesday’s event began in the fall as part of UM System President Mun Choi’s push to support entrepreneurially minded students. The 10 teams participating on Tuesday were the best Mizzou has to offer, and the top three advanced to the system-wide competition in April. Calving Technologies, which seeks to provide cattle producers with real-time technology to reduce mortality in the calf-birthing process, and College of Veterinary Medicine student Libby Martin took home the top prize.

“To me one of the biggest learning curves was understanding what I have to do to turn an idea to a business,” recent Biological Engineering graduate Brian Huch said. “It’s been a great process overall — a lot of learning and a lot of hard work.”

The four teams featuring Engineering students, with the event’s description of their companies, were:

The teams with Mizzou Engineers made a series of strong pitches in their bids to advance, and members of all four teams found tremendous value in the experience over the last several months.

“It was a lot of doing the research, talking to people and getting a lot of insight about what our company could be and adjusting to that,” Schroder said.

“For me, it’s been a process since April,” Patel said. “We got instant approval from key people in the identity space, then were building, scrapping and refining and doing it all again until we found something we were confident in showing.”

The participants turned their attention to possible improvements to their ideas and alternate funding sources in the wake of the competition.

“It’s going to be addressing the issue (the judges) brought up,” Scanlan said. “Our main thing is we’re ready to go to market with the exception of having our prototype. From everything we’ve heard, the market is ready. We just need to put it out there.”