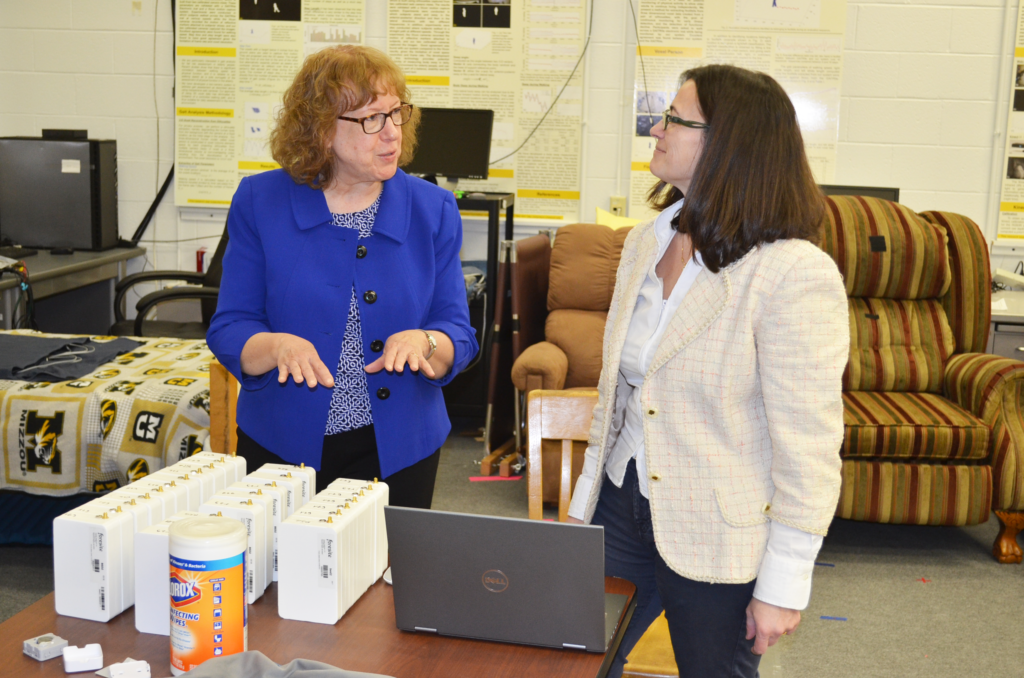 For decades, researchers and medical professionals haven’t been able to measure and interpret the BCG waveform in a standardized way that allows for noninvasive monitoring of cardiovascular health over time. Marge Skubic and Giovanna Guidoboni just figured out how.

Think, for a second, about heartbeat monitoring. If you’ve spent any time in a hospital or even watched any of the bevy of medical dramas prevalent on television, you’re familiar with the electrocardiogram. It’s the machine by the bedside that beeps, shows the peak and valley of a given beat and measures the heartbeat through electronic sensors attached to the patient’s body.

Compiled over time, the differences in peaks and valleys — called a waveform — in one’s heartbeat can tell medical professionals a lot about a person’s cardiovascular health. But what if you could measure the same thing without all of those invasive sensors attached to your body? Imagine that, instead, you could provide doctors that same data with a sensor located under a mattress or behind a couch cushion. 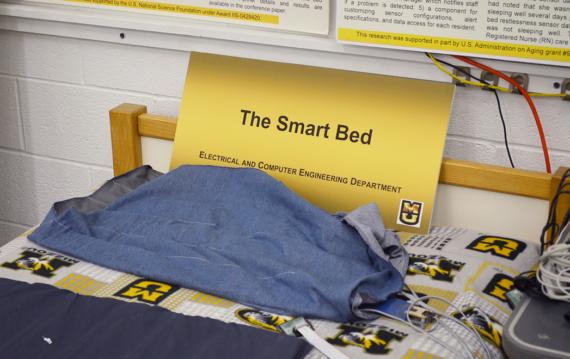 The bed used in the research monitored BCG using a sensor, which can be seen on top of the bed. It typically is placed under the mattress.

A team of Mizzou researchers, led by Engineering faculty Giovanna Guidoboni and Marge Skubic, just took a gigantic step toward that goal.

Skubic has been working with noninvasive bed sensors for nearly a decade, measuring heart and respiratory rates, along with changes in systolic blood pressure via a ballistocardiogram (BCG). The BCG measures the force exerted by the heart when it pushes blood out into the cardiovascular system. A BCG measurement is useful for tracking certain vital signs, but for decades, researchers and medical professionals couldn’t use the BCG waveform to track an individual’s change in cardiovascular health over time.

“As we started to look at the morphology of the signal, we noticed that there are changes as people age, and that it would make sense that they would correlate with changes in the cardiovascular system,” Skubic explained.

Enter Guidoboni, an expert in mathematical models of fluid flows. She used a variety of historical data and information collected from Skubic’s work to create a standardized, mathematical model to interpret BCG results in terms of potential heart health changes.

“Right now, only five percent of the information in the ballistocardiogram is used, but if we can standardize the results, we can provide a map for understanding the underlying causes behind the real physiological motion of our bodies,” Guidoboni said. “This could help in early detection and prevention of cardiovascular diseases such as heart disease.”

Basically, Guidoboni built a virtual cardiovascular system. It allows researchers to adjust different variables in the heart and see how it affects the BCG waveform. The idea then is that when medical professionals notice a change in the waveform, they can compare it to the model to find its likely cause.

“Even when we stand or lay still, our mass redistributes inside our body and generates a bodily motion that can be captured with a ballistocardiogram,” Guidoboni said. “By applying our mathematical model, we can see information that we haven’t previously been able to assess noninvasively about the cardiovascular system, such as the elasticity of the arteries, the contractility of the ventricles in the heart or the viscoelasticity of the blood vessels. We built a virtual cardiovascular system by mathematically modeling the blood flow in our bodies.”

This discovery could lead to the creation of personalized models built from a given individual’s BCG measurements over time, allowing for improved care. It would allow doctors to note changes in one’s BCG indicative of a potentially threatening heart issue. In the era of personalized medicine over one-size-fits-all healthcare, this is a critical breakthrough.

“The cardiovascular system is different in men and women,” Skubic said. “Women with heart failure are often underdiagnosed. This research has huge potential to combine models and data to prevent critical health issues.”