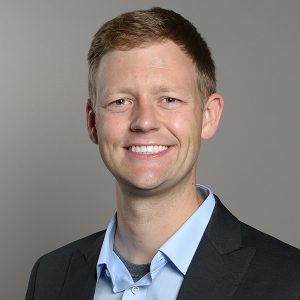 The American Cancer Society reports that approximately 25,000 people will die from leukemia this year. Patients with acute lymphoblastic leukemia (ALL) are difficult to treat and have poor prognostic outlooks, despite advances in treatments. ALL also is the most common cause of cancer-related deaths in children. Bret Ulery, an assistant professor in the Department of Biomedical, Biological and Chemical Engineering, recently received $298, 013 (per year for two years) from the National Institutes of Health (NIH) to explore “aptamer-modified POSH inhibitor micelles as a novel leukemia treatment modality;” in other words, find safer, more efficient treatment systems for ALL. Ulery’s main collaborators are co-principal investigator and Associate Professor Mark Daniels with the Department of Molecular Microbiology and Immunology in the MU School of Medicine, and co-investigator and Interim Department Chair and Professor of Molecular Microbiology and Immunology Donald Burke in the MU School of Medicine, who also has a joint appointment in Biochemistry and is a Bond Life Sciences Center Investigator.

Ulery says the five-year survival rate for ALL patients treated with chemotherapy or some combination thereof has improved over the last decade to about 70 percent. But current treatments can lead to drug resistance or toxicity in patients, as well as disease relapse.

“The major issue is even when we see those patients go into remission, if they come out of remission and relapse, none of the therapies that are on the market seem to work very well,” Ulery said. “The one-year survival rate for relapsed ALL patients is about 15 percent and the average survival time is seven to eight months. We need to find something that works better for these relapsed cancer patients and also find strategies than will enhance remission.”

Ulery says one of his colleagues already had been working on the issue when he arrived at MU in spring of 2014. He met Prof. Daniels during his second interview for his faculty position with Mizzou Engineering.

“Mark Daniels had discovered a therapeutic peptide—a portion of a protein— that had broad-spectrum anti-cancer activity,” Ulery said. “One of the biggest problems we have in traditional chemotherapy is one person’s cancer might be treated by this, but that same treatment protocol does not work for other subcategories of cancer in different people.” 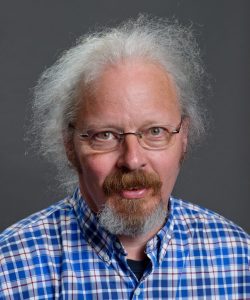 Ulery leads a team of researchers focused on the design, development and production of novel biomaterials for a variety of biomedical applications, primarily in the fields of immunology and regenerative medicine. The lipid nanoparticles are among the novel biomaterials his lab has developed.

“These self-assembled micellar particles are essentially fat and peptide portions of proteins that we tether together, and then they self-assemble into these nanoparticles because the fat is hydrophobic and the peptide likes water,” Ulery said. “They create a fat core and display the peptide on their surface, so they are able to be internalized and processed by cells more easily.”

Daniels says his therapeutic peptide has the potential to fight breast cancer, lung cancer, lymphomas and melanoma, but they are concentrating on acute lymphoblastic leukemia because, as Ulery said, it is tough to treat.

“A critical advantage of our system, in addition to being able to treat patients with high-risk leukemias and relapse, is that it addresses the critical clinical need of avoiding toxic side effects,” Daniels said.

Ulery had created the lipid nanoparticle and Daniels had discovered the therapeutic peptide that, when combined with the nanoparticle, resulted in a particle comprised mostly of drug—up to 80 percent depending on the type of fat used. But they needed a way to target cancer cells. Before he arrived at Mizzou, Ulery said Daniels had been collaborating with Burke for a couple of years. 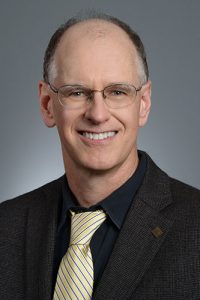 “Donald’s experience is in aptamers, which are targeting molecules that are able to enhance getting to specific cell populations or different molecular targets,” Ulery said. “Our particles, which are high in drug content, didn’t have any specificity until we brought Donald in and we figured out a way to decorate the surface of our particles with these aptamers. Now they selectively target different receptors on these cancer cells. We really want to get our drug to the right cell population, which reduces the possibility of resistance and off-target toxicity.”

Ulery calls the collaboration with Daniels and Burke a great partnership that has benefitted grad students and postdocs in all three labs and has already led to a couple of publications.

“It’s a really strong collaboration that started just from an initial meeting while I was interviewing for this faculty position,” Ulery said.

Ulery said their targeted approach to treating cancer is the essence of precision medicine, which is at the heart of the NextGen Precision Health Initiative, the University of Missouri System’s top priority.

“The nice part about our technology is you can easily mix and match and make a heterogeneous nanoparticle that would then distribute different percentages of these different types of peptide drugs, so this is kind of platform technology that can be built upon for precision medicine,” he said.

“The modular nature of this system will allow us to connect or combine multiple cell specific targeting and nanoparticle treatment platforms with a variety of therapeutics to treat not only cancer but infection, autoimmunity and other difficult to treat diseases,” Daniels said. “The antigen discovery, biochemical and genetic characterization and analyses will be able to be combined to design a personalized treatment to precisely treat a patient’s unique form of whatever disease we are trying to treat.”

Ulery says all of the research to date has been in vitro, so the next step is in vivo research starting with mouse models. He says they are also partnering with the MU School of Veterinary Medicine because lymphoma is a massive problem with companion animals, especially dogs.

“My wife is a vet on campus, and she put us in touch with the veterinary oncology team here who, it turns out, runs one of the best clinical trial centers in the U.S.,” Ulery said. “The data we would generate in canine patients would be used to help us translate to the human market, so we’re helping pets and people.”