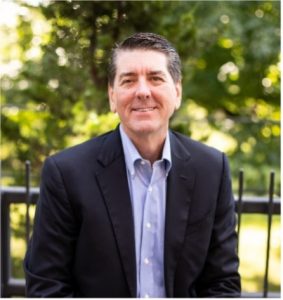 Jeff Cook ’83 has been named a deserving recipient of the 2021 Missouri Honor Award for Distinguished Service in Engineering, a part of Mizzou Engineering’s Hall of Fame.

Cook is receiving the award for his contributions to the field of engineering, the College, and to the professional development of young engineers.

“Appreciate the fact that there are awards that recognize behavior that promotes good in the world,” Cook said. “Am honored and appreciative to join this distinguished group of engineers who work to improve the field of engineering and to serve others.”

Cook, who received his bachelor’s in civil engineering, is co-founder and president/CEO of ARCO Construction Company, Inc., in St. Louis.  Since its founding in 1992, the company has grown from a single office to 25 offices nationwide with current annual revenues of more than $3 billion.

Cook’s peers recognize him for his leadership, values and ability to inspire others.

“I consider Jeff to be the most influential person in my career and am not alone in that sentiment,” one of his colleague’s wrote in support of his nomination. “Many individuals both inside and outside of ARCO would agree that Jeff gives his time and energy abundantly and unselfishly to support them in the pursuit of their goals.”

Other nominators wrote that Cook is “the gold standard of the industry” and “one of the finest human beings I know.”

Growing up in St. Louis, Cook developed an entrepreneurial spirit early, pursuing design work with the highway department while at Mizzou. Cook came into Mizzou in the pre-med program but realized through friends who were studying civil engineering that a degree in civil engineering better aligned with his interests.

Cook appreciated the freedom that allowed him to explore and pursue his interests. He encourages current students to use that freedom to explore their interests and make the most out of their education and careers.

“Do the best you can to understand who you are,” Cook said, “and find people who want to help you aspire to do what you want to do and keep you on track.”

He encourages students to “lean in” and ask lots of questions, appreciating the professors he had who were always willing to answer his questions.

Cook also appreciates the Midwestern value system at Mizzou that helped shape him into who he is today.

Cook’s values have been a critical factor in his success as a leader. His philosophies on training and philanthropy have permeated ARCO, creating a culture within the company that empowers its associates.

“Jeff spends a significant amount of his personal time training, listening, learning, and ensuring best practices are implemented and shared within the company,” one of Cook’s nominators wrote. “He appears to be as committed to the personal and professional growth of his employees as he is to his customers.”

ARCO’s associates also receive one week of paid leave every year to participate in community service. Cook is an active philanthropist, leading multiple Homes of Hope projects in Mexico and participating in Habitat for Humanity home builds in St. Louis. He is a former chairman of the St. Louis chapter of Young President’s Organization and the former president of the St. Louis chapter of the Young Entrepreneurs Organization.

Cook, along with the other 2020 and 2021 award recipients, will be honored by Mizzou Engineering at a ceremony on Friday, September 17.