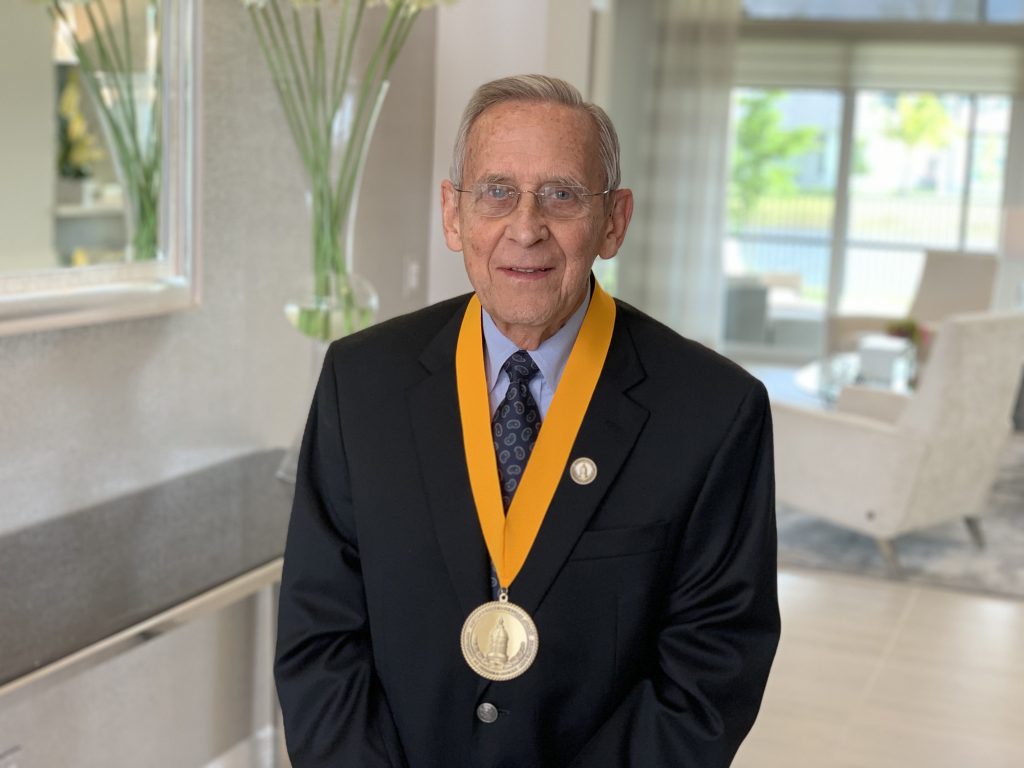 The Mizzou Alumni Association recently presented Thomas H. Lafferre, BS ME ’56, its 64th Annual Distinguished Service Award. Established in 1956, the Distinguished Service Award honors outstanding service by an individual whose sustained efforts and support have added to the excellence of MU. Lafferre retired in 1993 as Vice President of Operations for Monsanto Chemical. He joined the company upon graduation from Mizzou with his bachelor’s degree in mechanical engineering.

Considered a visionary who achieved a reputation as an exceptional engineer and business leader, Lafferre served Monsanto in numerous roles. His 38 years at Monsanto were filled with a wide variety of assignments in the US and several foreign countries.

During his career Lafferre earned advanced degrees from Washington University and Harvard’s Graduate School of Business. Known as an excellent mentor of young professionals, Lafferre invested his talents in his community and alma mater. He served on the St. Louis Science Center Board of Commissioners, including four years as chairman, 1983 to 1990 as the institution built a $34 million facility that opened in 1991, increasing visitors from 170,000 per year to over 1.2 million annually.

Lafferre has been an active member of the MU College of Engineering Dean’s Engineering Advisory Committee. He was the first major donor to the college’s $68 million capital campaign, and as a result Engineering Building East was named the Thomas and Nell Lafferre Hall in December 2004. A new addition to Lafferre Hall was opened in Fall 2015, providing equipment and space for a rapidly growing engineering student population. His wife of 57 years and MU alumna, Nell Lafferre, passed away in 2013. During retirement, he has traveled and taken courses at Vanderbilt University. Lafferre has remarried and now enjoys a renewed life in Florida.