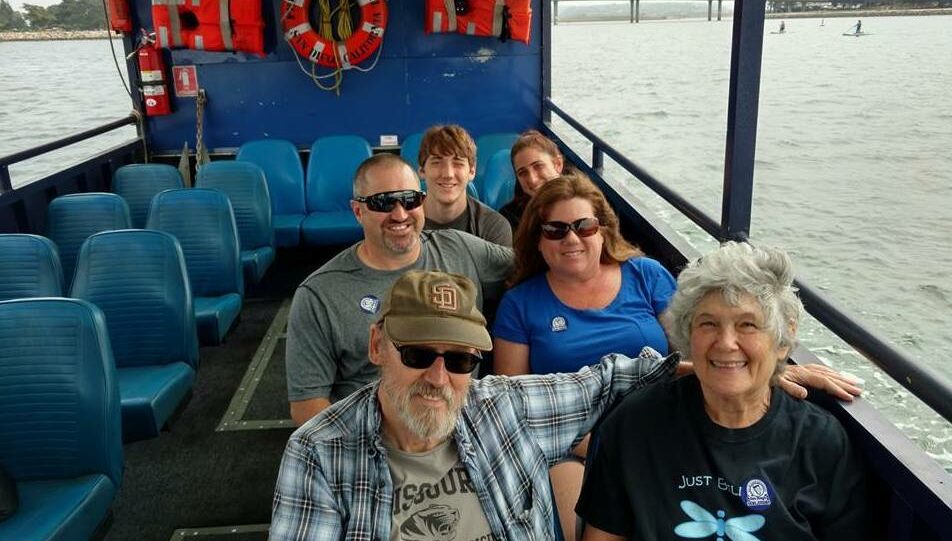 Love of Mizzou is a family tradition, and he and wife Ellen Kippel have been longtime fiscal supporters of MU. Paying forward the opportunity for a quality education and resources is a family tradition, too. That’s why Donohew and Kippel established the Major General Jack N. Donohew Fund for Diversity and Inclusion in Engineering as part of Mizzou Giving Day 2019.

Jack Donohew, Ken’s father, earned a chemical engineering degree from MU in 1933 before a long, distinguished military career after graduating from West Point, which included time as the Commandant of the Air War College and Air Command and Staff College. He was awarded Missouri Honor Award for Distinguished Service in Engineering in 1961. His son and daughter-in-law wanted to support an endeavor at Mizzou that he would be proud to have his name attached to.

“We’ve always thought education was very important. If we don’t learn, we’re never going to find our mistakes and improve on them,” Donohew said. “To me, we should be pushing education more than anything.”

“I totally support him in what he wanted to do,” Kippel said. “I love the university campus grounds, and I think it’s a beautiful school.”

Donohew spent his career as an engineer with the Department of Defense and retired with the rank of lieutenant colonel in the Air Force Reserve. He credited his father for instilling the importance of education after growing up with dyslexia. The elder Donohew also helped spark his son’s love and importance of Mizzou at an early age.

“Paul would take me to get ice cream at the ag school before I would let him pickup his future wife — my aunt,” Donohew said.

Through a variety of visits, strong family ties and eventually his own attendance, Donohew built a strong fondness for MU. He has stories that span from rolling around the Columns as a child to summer school at Mizzou to his days spent at The Shack as a student.

Up until 2000, he had done it all at MU — except my walk at graduation. Donohew missed the ceremony while at Officer Training School at Lackland Air Force Base in Texas. In 1999, he wrote then-Dean Jim Thompson and inquired about finally participating in a graduation ceremony, and in 2000, 33 years after earning his IE degree, Donohew did just that. And he shared the special weekend with his uncle Paul.

“They invited me to come back, and in that same timeframe, my uncle came down. I hadn’t realized he was going to go through the 50th anniversary of graduating from the veterinary school. They had invited him to come down there at the same time,” Donohew recalled.

In the years since his graduation, Donohew and Kippel have supported a variety of endeavors at Mizzou and had been looking for a way to aid the College of Engineering. With several new initiatives in recent years, including the Office of Diversity and Outreach Initiatives and its Inclusivity Center, the right opportunity presented itself. Not only to help Mizzou Engineering, but also to carry on a father’s legacy.

“I thought it would be something my father would want me to do,” Donohew said. “He spent his whole career in the Air Force and was very involved with education. And to him, education was always important. I thought that diversity would be exactly where he’d want us to put money to support.”