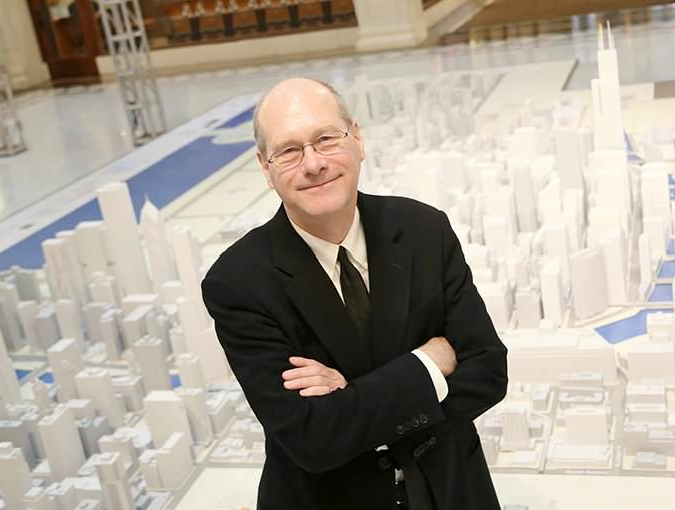 The world’s tallest building — the Burj Khalifa — stands apart for more than its height. For decades, engineering limits restricted the skyscraper to a 600-meter cap. With its “buttressed core,” the Burj Khalifa doesn’t simply surpass this limit — it shatters it, at 828 meters, and is nearly double the height of the tallest high-rise before it.

William Baker’s innovative “buttressed core” design is but one of the many professional accomplishments that has brought him international recognition. With accolades from the American Society of Civil Engineers, the Institution of Structural Engineers (UK) and the Royal Academy of Engineering, his work has also earned him honorary doctorates from the University of Stuttgart, the Illinois Institute of Technology (IIT), Heriot-Watt University, and an Honorary Doctorate in Engineering from his alma mater, the University of Missouri.

A member of the Columns Society, Shamrock Society and the Engineering Dean’s Leadership Circle, Baker returned to Mizzou as the College of Engineering’s commencement speaker in 2018. He has guest lectured at universities around the world, and is cited in countless media sources as an enthusiastic expert on architecture, engineering and design — encouraging a new generation to build on his achievements.

Originally from Fulton, MO, Baker has family roots in Missouri going back to the 1820s. He and his wife, Elizabeth (Betsy) have four children; Thomas, Ian, Bridget and Mary. They live in Evanston, IL.

“I believe in simplicity and clarity. What is the essence of an idea? Describe it with words; occasionally you can distill it down to a noun and an adjective.”

“Don’t Panic!” — Douglas Adam, The Hitchhiker’s Guide to the Galaxy

See the original story from the Mizzou Alumni Association.