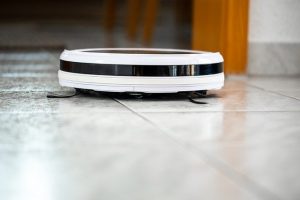 Right now, robot navigation relies on camera images or sensors that detect light and objects. But they may not work well in a low-light/dark environment, and they’re not that good at understanding a room’s geometry the way humans perceive it. For instance, a robotic vacuum might detect a wall, but it doesn’t necessarily know which wall is which within the configuration of a space.

Professor Dominic K.C. Ho in the Electrical Engineering and Computer Science Department designed a method using sensors to measure the reflected signals from the wall boundaries to provide robots with a better understanding of room geometry. The novelty of the research is that the system can identify individual walls based on corresponding sensor information.

“What we tried to do is make use of a transmitter,” he said. “The transmitter sends out a signal that reaches a wall, then we measure the echo that comes back from each wall. If a wall is close to the transmitter and a receiver, the echo from this wall will come back sooner than the echo from the other walls.  Also, the time it takes tells how far away this wall is with respect to the transmitter-receiver pair.  If another receiver is further away from that wall, it will take longer for it to receive the echo. From those delays and the positions of the transmitter and receivers, we are able to determine where the wall is.  Hence, based on the corresponding delays reflected from each wall, the robot can identify the geometry of the room.” 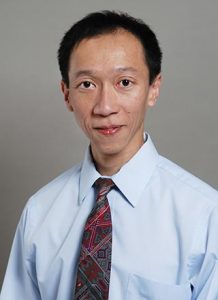 Ho’s model uses clustering, a machine learning technique, to recognize which delay comes from which wall.  It is able to learn and remember rooms it has mapped out.  Additionally, the technology can readjust when needed.

“In a typical room, the model will figure out the room geometry first before it moves,” Ho said. “When a robot is moving, it’s more adaptive. So, if a robot turns and moves into a hallway, it will redo the navigation process again to figure out the new geometry.”

In addition to more advanced robotics, Ho’s technique could be applied to other real-world situations such as human navigation. For instance, it could be used in a smart phone application to assist older adults or those with vision impairments. The app could help individuals understand where they are with respect to their surroundings and help guide them safely through rooms and complicated environments.

Ho, along with his former Mizzou graduate and collaborator, outlined their findings in a recent Institute of Electrical and Electronics Engineers paper. “Room Geometry Estimation Using the Multipath Delays” was published in IEEE’s Signal Processing Letters, a peer-reviewed publication design to rapidly disseminate cutting-edge ideas.