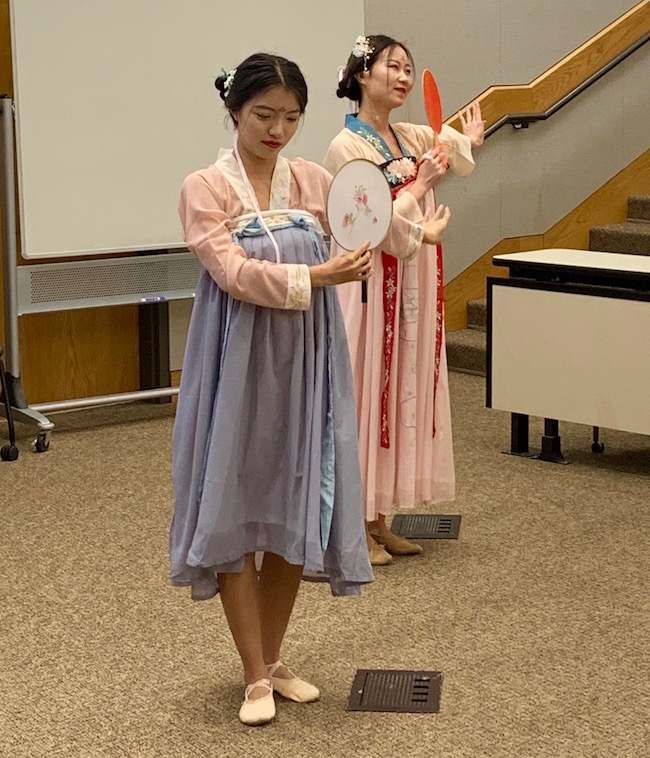 The College of Engineering hosted its annual China Night on Tuesday, Feb. 26, to bring in the Chinese New Year and honor Chinese heritage.

Held in Ketcham Auditorium, more than 50 attendees saw performances, ate traditional Chinese cuisine and competed in a lively trivia game. The performances by MU’s Confucius Institute included Tai Chi and Shaolin boxing demonstrations, as well as a round fan dance.

Each demonstration was beautiful and powerful, receiving great cheers from the audience. After the performances, attendees ate from the buffet of traditional foods and then competed in teams to see who knew the most about Chinese culture.

Hani Salim, associate dean of Academic Programs and Student Success, provided the opening remarks and emphasized the importance of the celebration and MU’s relationship with Chinese universities.

“Events like this one foster positive relationships between our international and domestic students. China Night serves as a celebration of the heritage and the contributions of all our Chinese students, faculty and partner universities,” he said.

The College’s international program with China began in 2008, and since then, more than 500 students have participated. He believes that through this program, the College can continue to make groundbreaking innovations and grow as an institution.

“And through collaborations with our partner universities, our world class Chinese faculty and brilliant students, hopefully we’ll be able to move forward in the future and improve our goals for our College of Engineering,” he said.

China Night was sponsored by the Mizzou Engineering Student Council (MESC) which helped plan and put on the event.

The night was facilitated by the Director of International Programs Cassandra Siela, who wanted it to foster relationships between students and acknowledge the importance of the College’s Chinese students.

The night was deemed a great success by attendees and volunteers themselves. MESC’s Chair of Diversity Carmel Braga represented the organization throughout the planning process.

“I think it went pretty well. People told me that production-wise, it was the best year,” she said. “The shows we had were new. People had a lot of fun playing trivia, and the food was awesome

“I feel like we just have such a big international community here. And seeing events celebrate the fact that we have other cultures here, I just think it’s very important to make people feel included and that they belong.”