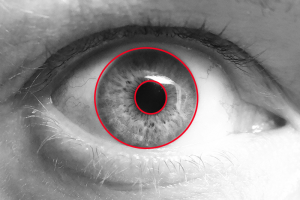 A Mizzou Engineer has helped devise a way for machines to better see and detect objects that have elliptical shape — earning him and co-authors a spot in a top academic journal. The team’s paper was selected as a Featured Article in the Institute of Electrical and Electronics Engineers (IEEE) Transactions on Image Processing.

Of more than 550 papers published in the journal in 2021, only 10 have been selected as Featured Articles. Transactions on Image Processing is ranked ninth top electrical and electronic engineering journals in the world, and is the sixth top IEEE publication, based on impact factor.

“We were pleased to see our work featured in IEEE Transactions on Image Processing,” said Dominic Ho, a professor of electrical engineering and computer science. “We believe this research will have many applications.”

In the paper, Ho and international collaborators devised an algorithm that allows a machine to better detect ellipses within images. Unlike current methods that do this by detecting boundaries of objects within an image, the more robust algorithm is able to detect points on relevant ellipses while filtering out points that are not relevant to the desired information.

“For humans, we can see and figure out context of our surroundings, but for a machine to automatically do this is quite challenging,” Ho said. “It’s difficult for machines to figure out which points in an image are good and which points are bad. If our algorithm works perfectly, it automatically identifies the points belonging to the ellipse it needs to see and discards the other points that are outliers.”

While the mathematics around this are complicated, it’s easy to understand how the model could be used to improve a variety of systems.

In agriculture, for instance, robotic arms could someday be used to pick fruits such as apples. To do so, a machine would have to determine which round objects are apples and filter out other objects such as leaves and birds’ nests.

It could also improve the accuracy of biometrics used to identify individuals through iris recognition. And it could help detect objects in space such as satellites or space shuttles from low-resolution images.

“Methods that currently do this are not robust in the sense that in real life, things are not going to be perfect,” Ho said. “What this paper tries to do is detect the location of ellipses where outliers are present.”