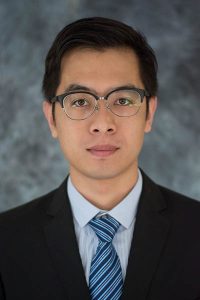 A Mizzou Engineering student took first place in an international competition during which he was up against professional researchers and faculty members.

“It’s pretty exciting,” said Wu, who is pursuing a PhD in electrical and computer engineering. “I’ve been doing these kinds of competitions for more than a year. Sometimes, I’ve ended up in the top 5% but this is my first time to get No. 1. So I’ve been wanting this for a long time.”

To make the prediction models realistic, teams were only given partial data. For instance, they had weather information from 2017 but not for the following year.

For his models, Wu relied on time-related factors such as the day of the week and the month. Calculations factored in the fact that consumers were likely to use more electricity on weekends and during winter months.

Of the 70 teams from around the globe to submit predictions, Wu’s came in closest to reality in terms of how much electricity was consumed each month in 2018 and for the entire year. In addition to the results, judges from IEEE Computational Intelligence Society’s Scientific committee also factored virtual presentations that were held Monday.

The first place award comes with $7,000 and the opportunity for Wu to submit to a joint publication.

“This is quite an accomplishment, particularly with all of his other commitments,” said Jim Keller, a Curator’s Distinguished Professor Emeritus and Wu’s advisor.

Wu was quick to share the credit with Keller, as well as Mihail Popescu, a professor in the MU School of Medicine. Wu works with Keller and Popescu in the Center for Eldercare & Rehabilitation Technology.

“Electricity data is very close to what I’m doing in the eldercare group,” Wu said. “I’ve learned a lot from doing research with eldercare, where I also work with sensor data. That really helped me in this competition.”

This isn’t the first time Wu has bested professionals in the field. Earlier this year, he was a finalist for best paper in the professional-level category at the World Congress on Computational Intelligence, IEEE CIS’ largest event.

Wu expects to finish his PhD next year.