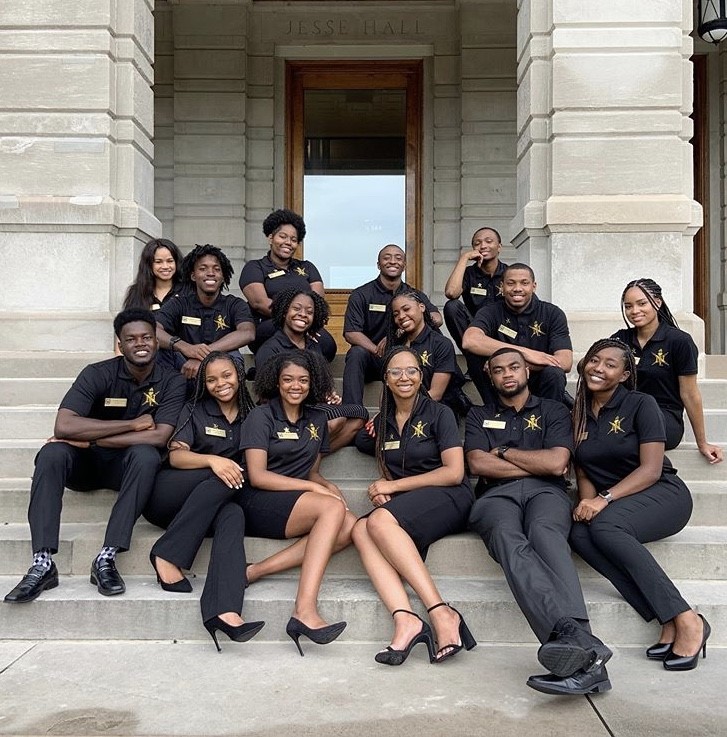 The Mizzou chapter of the National Society of Black Engineers (NSBE) was honored with the “Most Outstanding Large Organization Award” at MU as part of the 2020 Chancellor’s Excellence Awards announcement on Wednesday, April 29.

These awards honor students, faculty and staff who demonstrate Excellence, one of the University’s four core values, with their active involvement and leadership at Mizzou.

The chapter sponsored several activities to positively impact campus and student life during the past academic year, according to incoming president Ronell Jones II.

“We co-hosted the fall and spring engineering career fairs, invited companies such as Google, Burns and McDonnell, and more to our meetings to network with students, and we co-hosted an event with ABPsi (Association of Black Psychologists) to discuss mental health among minorities, specifically those in a STEM-related field,” Jones II said.

In addition to these events, NSBE holds an annual Christmas party, a chapter barbeque and had a yoga session for members to help them relax before finals week, Jones II said.

NSBE’s mission is “to increase the number of culturally responsible black engineers who excel academically, succeed professionally, and positively impact the community.” It has 65 paid and registered members, with up to 90 people attending general meetings. Everyone is welcome to join the organization.