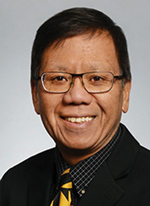 Associate Professor Luis Occeña, after more than 34 years in the Department of Industrial and Manufacturing Systems Engineering (IMSE), retired at the end of the fall 2021 semester.

Serving as department chair from 2007-2020, he guided the department through challenges and opportunities during his tenure. He is most proud of ensuring IMSE has a solid foundation for the future.

“I know the department will be in good and capable hands, with processes and resources in place that will help it continue to grow and prosper,” he said.

Occeña joined IMSE at MU as a tenure-track assistant professor in 1987. In the late 1980’s, manufacturing was booming, and MU, like other engineering schools, focused on growing its manufacturing curriculum.

Professor Jim Noble, the current IMSE department chair, highlighted some of Occeña’s research during his tenure at Mizzou.

Occeña was inducted into the IMSE Hall of Fame as an honorary member in 2020. Membership is usually reserved for IMSE alumni, but the Hall included Occeña as a member because of his long-time support and dedication to the department, which includes helping to begin the Hall in 2008.

“He worked hard to realize the vision of both recognizing our outstanding alumni and getting them involved in contributing their time and resources to support the department,” Noble said.

Occeña not only engaged with alumni to benefit IMSE in the near term, but he also set in motion potential future support from IMSE graduates. Department graduates from the last 15 years will attest that the final question he asks them during their exit interview has always been the same: “In the future, maybe 15 or 20 years from now, will you help this department?” 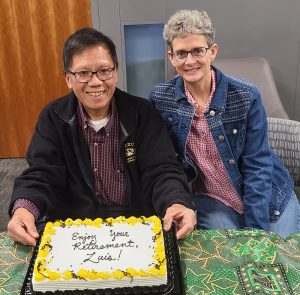 Occeña and his wife Kathleen have been blessed with three grown children and seven grandchildren. They are active in their faith, enjoy visiting with family and still run marathons. As part of their retirement plans, they will stay in Columbia to help with charitable service projects.

“There are many worthwhile activities to be involved with and to be of service,” Occeña said. “It is not about you, but what you can do for others.”