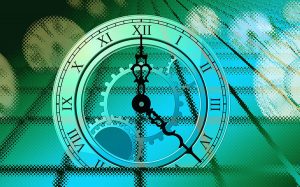 Workers who perform routine tasks do so faster and with fewer errors if they take breaks at the right times, a Mizzou Engineering team has found. And those optimal break times depend on the intensity of the task.

Jung Hyup Kim, an associate professor in Industrial and Manufacturing Systems Engineering, and Vitor De Oliveira Vargas, a master’s student enrolled in a dual IMSE and business program, used a model known as learning-forgetting-fatigue-recovery to determine when workers need to take a pause before returning to the task at hand. The model is based on the fact that an employee performs best after routinely performing a task but then sees a drop in outcome when they become fatigued. After a break, the worker may need a period of recovery to get back into the routine, but they ultimately perform better than those who didn’t take a break.

“The question is what is the optimal time to take a break,” Kim said. “It would be great if we could work 24/7 to maximize profit, but that would lead to increase error rates. If workers take too long of a break, then the performance will go down.”

Kim and Vargas used the LM2500 GE gas turbine borescope inspection routine, using simulated data based on Vargas’ 8-year experience working with that equipment. In the present time, Kim and Vargas are working with real-world data from Intensive Care Unit nurses at the University of Missouri Health Care to create simulation models to test optimal break times. Unlike other nurses who provide more individualized patient care, ICU nurses typically perform routine tasks such as checking vitals throughout the day.

The research findings would also apply to other work scenarios such as sophisticated manufacturing environments, Vargas said.

“Our research group is focused on how humans work with machines and systems,” Kim said. “So even though we have automated systems, humans still must be part of the process, and the main difference between humans and machines is that humans need to rest in order to increase performance.”

By imputing human data, researchers could change conditions within the simulation model to see how break changes influenced work patterns. While there’s no one-size-fits-all approach, the team found that most workers hit a similar fatigue level.

Companies that don’t have a way to test the best work-break times for employees could experiment with various options rather than adhering to strict break rules, Vargas said.

“Breaks are necessary,” he said. “Even if they don’t have data, they can schedule breaks at different times and try to find optimal schedules. With 5- to 10-minute breaks at the right time, performance will increase.”

The team outlined their findings at the International Conference on Applied Human Factors and Ergonomics last month.