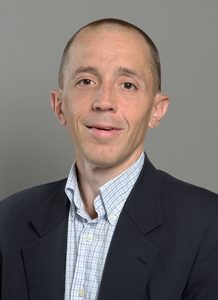 Feeding a growing urbanized U.S. population which also wants increased sustainability and locally sourced food presents a major challenge. One part of the solution could be to optimize food production in urban areas, according to research performed by a team including Associate Professor Ron McGarvey. McGarvey has a joint appointment in the Department of Industrial and Manufacturing Systems Engineering and at the Harry S. Truman School of Public Affairs.

In a paper published earlier this year using the city of Chicago as an example, the team explored how using urban agriculture could reduce the size of the area required to fulfill the nutritional needs of Chicago’s citizens.

“We looked at how far out, drawing a circle centered at Navy Pier, we needed to go to satisfy the nutritional needs of Chicago, using conventional agriculture production methods first and then adding alternative methods to the conventional methods,” McGarvey said.

The analysis used optimization models to identify the mix of foods that could be grown on the available space within the circle and satisfy the population’s nutritional needs. This research and modeling differ from most other previous work in this field because other researchers have focused primarily on caloric intake needs and did not include nutrient recommendations developed by the USDA. 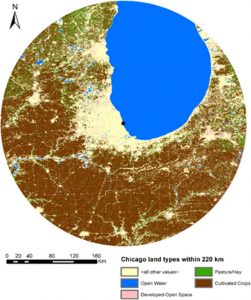 The team used geographic information systems (GIS) data to determine the amount and the type of land available for farming. Yield information was obtained from USDA, giving the square meters of farmland needed to produce one kilogram of each crop, at the county level. These yield data were modeled two ways, based on ten-year historical averages, and also accounting for the variability that existed over the ten-year period.

“First, we found that there was no way to meet some nutritional requirements, like vitamin D, using conventional methods with no vitamin fortifications,” McGarvey said. “Allowing for current levels of vitamin D fortification in milk and other foods, our minimum radius needed was 185-220 kilometers (115-137 miles) from Navy Pier, depending on yield assumptions.”

The research next considered adding urban agriculture, such as using empty city lots for growing food.  To determine yield amounts that could be grown in an urban environment, the team turned to the Columbia Center for Urban Agriculture (CCUA) for assistance. “They gave us a lot of data,” McGarvey said. “So, when we talk about how much could be produced on open urban land in our paper, those findings came from partnering with CCUA and the urban lots they have throughout Columbia.” 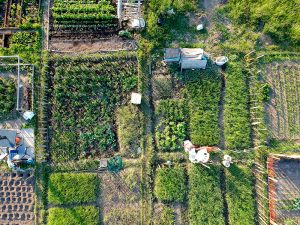 The team found the radius of the circle decreased by approximately 10 to 15 kilometers when adding such urban agriculture methods, supplemented by techniques such as rooftop gardens.

Decreasing the radius further was constrained by the fact that the plant-based foods under consideration could not satisfy sufficient amounts of the micronutrient vitamin B12. Adding in vitamin B12 supplements, the radius went as low as 105 kilometers (65 miles). Future research into localizing food systems, according to McGarvey, could take into account emerging trends and new methods of food production.

“A potential next step (in our research) is using aquaculture,” he said. “You can potentially satisfy nutritional needs within our model being generated by dairy and pork with fish instead.”

These models also didn’t include experimental farming methods such as vertical farming. This is where multiple-story buildings are used to grow food along walls or in vertical layers.

Food is not abundantly produced in urban areas, or at least not yet. If the trend of urbanization continues, with consumers wanting more localized food sources, many vacant lots could become urban gardens while new vertical farms could emerge next to existing skyscrapers.