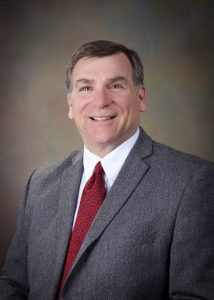 “It’s quite an honor,” he said. “It’s wonderful to be recognized for my continued contributions and efforts I have made both locally and globally over the years.”

First awarded in 1984, the Citation of Merit Award is given annually to a Mizzou Engineering graduate who has made noteworthy contributions to the engineering profession and/or the MU College of Engineering.

Bennett has been with Sandia National Laboratories in Albuquerque, New Mexico, for 34 years – his entire post-educational career. He helps make global security systems more effective, especially when it comes to preventing further proliferation of nuclear weapons and materials. His project management of the New Strategic Arms Reduction Treaty (New START), enacted in 2011, is the assignment he is most proud of during his career.

“This treaty eliminated thousands of nuclear weapons in the United States and Russia,” he said. “I helped ensure we had the right technical information in the right place.”

Beyond his work supporting the new treaty development, he has worked to help keep people safe at a more localized level. These efforts include advancing remote and robotic handling of nuclear materials and developing better methods to handle explosive devices. In addition, he and his team received recognition from the White House for his management of the development of advanced intelligent search engines.

Bennett’s ability to work on an arms treaty, robotics, explosion safety measures and more stems from the support he received from Mizzou Engineering faculty to explore his interests when he was a student.

“Beyond the solid fundamentals in mechanical engineering, there was a willingness on the part of department chairs to allow for diverse interests,” he said. “In my junior year, I wanted to study in Munich for a semester. The chair at the time encouraged me to go, even though he couldn’t guarantee me that my course work in Germany could be counted for credits. But the chair promised me he would try.”

Bennett did go to Germany for the semester, and the chair made good on his promise by allowing Bennett’s coursework from Germany to count towards his Engineering credits. In addition, Bennett learned fluent German while taking classes there, as the classes were taught only in German.

The Mizzou Engineering course that influenced Bennett the most was “Design of Thermal Systems”. This course combined thermal sciences with optimization and economics. Bennett appreciates that this class opened his eyes to what industry was going to be about for someone like him who enjoyed just the technical aspects of products at the time.

Bennett is very giving of his time and industry knowledge to Mizzou Engineering. He is currently the longest-serving member of the Industrial Advisory Council for mechanical and aerospace engineering, serving on the Council for 26 years.

“I’ve tried to make a difference at every level, but education is the highest value in my mind,” he said. “It’s been a pleasure for me to continue to serve the College and the mechanical engineering department, in particular, over the years.”

Bennett has also evaluated over 200 capstone projects, providing valuable feedback for students. Furthermore, he has advocated for women to pursue engineering and has been a guest lecturer in classes.

For current and prospective students, Bennett encourages them to understand themselves and know their values, and to make their decisions based on their values.

“Take advantage of your opportunities and work hard,” he said. “Tailor your education to your strengths and take on challenges. Students should recognize they are not just at Mizzou. They are in a big nation in a big world, and everyone must understand how to thrive in that world.”

Bennett, along with the other 2020 and 2021 award recipients, will be honored by Mizzou Engineering at a ceremony on Friday, September 17.