Professor Bill Ma in the Department of Mechanical and Aerospace Engineering is proposing new electric power technology to support Army operations in 2035. Solar energy is expected to meet the energy demand for a variety of equipment associated with Army multi-domain operations in the future. 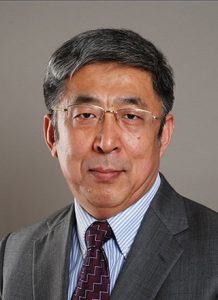 Prof. Ma presented his white paper during a public forum on May 18 to the National Academy of Sciences, Engineering, and Medicine.

Ma, who co-authored with Pengtao Wang, presented his white paper during a public forum on May 18 to the National Academy of Sciences, Engineering, and Medicine. A study committee appointed by the Board of Army Research and Development hosted the forum.

The proposal, “High-Performance Hybrid Solar Photovoltaic-Thermoelectric Panel,” suggests the device can achieve a high solar electric efficiency of up to 40% with a power output of 100 watts.

His proposed hybrid solar electric system has a number of innovative features: 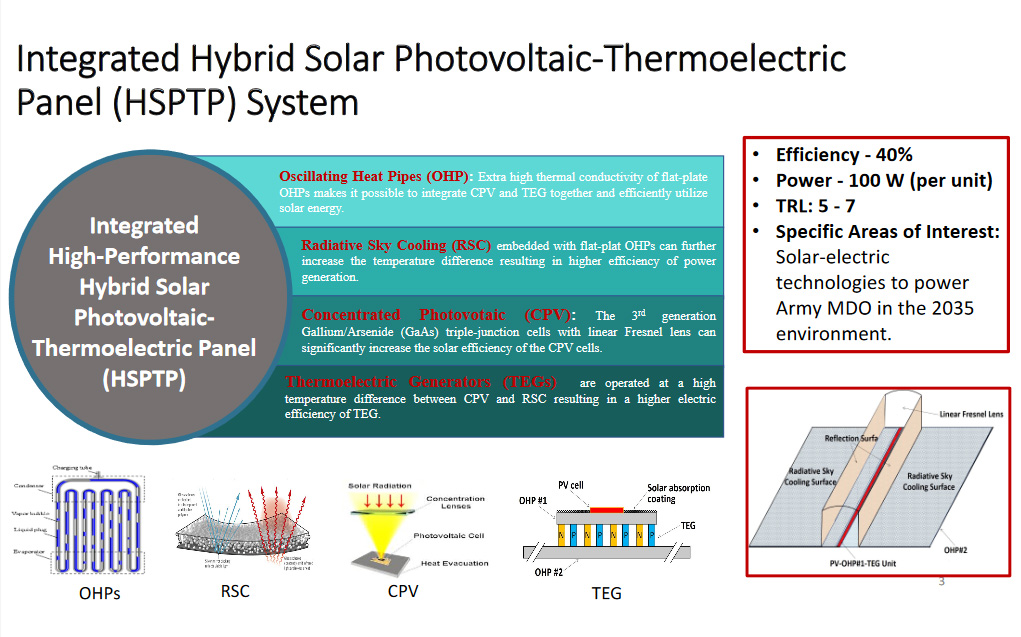 Ma notes the U.S. Department of Defense has embraced clean energy sources in recent years, doubling its renewable power generation between 2011 and 2015. The Army has set a goal of achieving 25% of its total energy consumption from renewable sources by 2025. Ma said his proposed system would be available within two years, but his team will need $750,000 to develop and demonstrate a prototype.