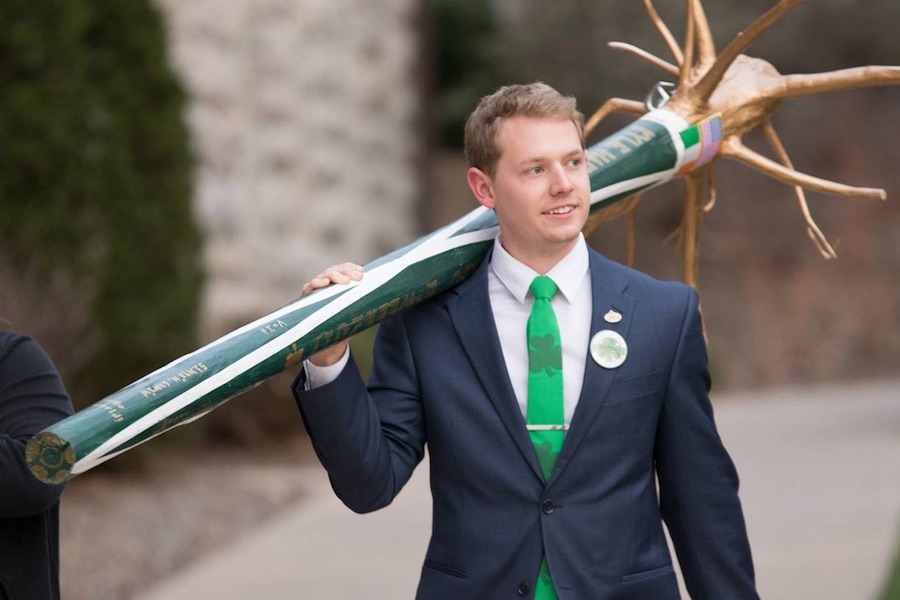 Since landing a job with Boeing, 2017 Mizzou Engineering graduate Kyle Hagan has worked to help other students the way others helped him. Photo courtesy of Kyle Hagan.

The MU Engineering alum graduated in 2017 with a bachelor’s degree in electrical and computer engineering, and thanks to scholarship support, was able to do so without student loan debt. Since landing a job with Boeing, he has worked to help other students the way others helped him.

“Both the leadership and technical opportunities that Mizzou offered me helped shape me into the person that I am now. Mizzou led me to several opportunities during undergrad such as internships and a co-op and ultimately, a wonderful full-time position, which allowed me to graduate debt free,” Hagan explained. “Being absent of the financial burden that student loans bear, I consider my donations, in part, as a thank you to Mizzou.”

Hagan explained that seeing the improvements in facilities during his time with Mizzou Engineering and new initiatives such as the MU Engineering Leadership, Engagement and Career Development Academy showed him just how much of an impact alumni support can have on the student experience.

He also enjoys the opportunity to give back to specific initiative and organizations that helped shape him into the engineer and person he is today. One key organization that allowed Hagan to hone those skills was St. Pat’s Board, which organizes and executes the College’s oldest tradition, Engineers’ Week. His affinity for the board and its work allows him another avenue of support.

All of these experiences culminated in Hagan securing a job as a real-time software engineer with Boeing at one of its St. Louis locations, which focus more on Boeing’s defense operations. Armed with a Mizzou Engineering education and his own world-class know-how, Hagan is thriving in his new career.

“Have you ever been sitting on a plane and been asked what you do by the person in the seat next to you?” Hagan said. “Telling them that you program fighter jets is pretty cool but working at Boeing is much more than that. We’re building the infrastructure that keeps our country safe and providing solutions to commercial aviation problems in the process. I learn new things about crazily complicated systems virtually every day at work, and that’s a pretty satisfying feeling.”