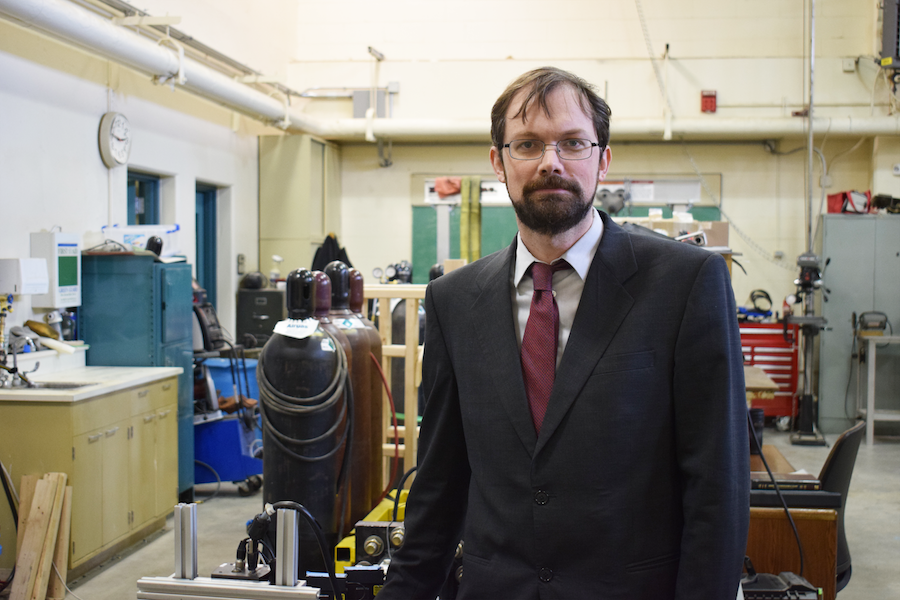 The National Science Foundation Faculty Early Career Development (CAREER) Award is a stamp of approval for a nascent faculty researcher. It tells everyone that one of the nation’s leading authorities on science believes in their research and believes it will provide world-class breakthroughs for years to come.

McFarland, an assistant professor of Mechanical and Aerospace Engineering, received a grant for five years and approximately $509,000 in support of his project, “Enhancing Shock-Driven Turbulent Mixing using Multiphase Hydrodynamics.” 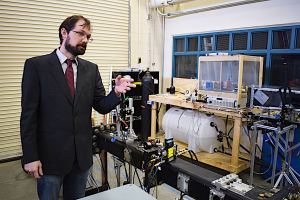 His research takes common multiphase mixing techniques, such as those that allow gas-powered automobiles to work, to much more advanced levels.

His research takes common multiphase mixing techniques, such as those that allow gas-powered automobiles to work, to much more advanced levels — for supersonic and hypersonic flight, the study of astrophysics and much more. It also serves to keep gas and liquid elements from mixing in certain cases — in nuclear or chemical weapons, for instance — to prevent a catastrophic result.

“Mixing is really important,” McFarland said about his research. “We rely on it for a lot of things. To drive our cars and get to work every day, we rely on the fact that air and fuel will mix and burn in a precise amount of time. It’s taking the things we deal with every day right now but pushing them to extreme conditions.

“When you push those technologies more to the edge — like for aircraft to fly Mach 5 or how particles in an improvised explosive device get mixed up or how you spread chemical weapons — all of these are multiphase systems getting mixed up by shockwaves.”

The NSF found his work important enough to reward McFarland with funding. CAREER awards are notoriously competitive, with early-career researchers across the country vying for them. They’re the most prestigious awards the organization hands out to faculty who have been active for five or fewer years.

The weight of the honor hasn’t quite hit McFarland yet. As might be expected of a researcher who just won an award of this magnitude, he’s been too busy to dwell on it much.

“I’d say it’s still settling in. You’re in a mode of just work, work, work. You feel grateful that you convinced somebody that what you were doing was really interesting, and they support you and put you forward,” he explained. “It’s really nice to have a stamp of approval from your peers and the scientific community.”