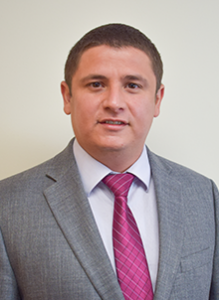 A Mizzou Engineer was part of a research team that has released ground-breaking findings that could improve the longevity and durability of bridges, buildings and other structures.

Oliver Giraldo-Londoño, the James W. and Joan M. O’Neill Faculty Scholar in Engineering, and collaborators from Georgia Institute of Technology and Sandia National Laboratories, found a way to handle millions of material failure constraints in topology optimization of structures subjected to dynamic loads, such as moving cars. They published the work in the journal Structural and Multidisciplinary Optimization.

Traditional formulations around topology optimization, however, haven’t had effective ways to account for local material failure, leading to structures that may fail locally at a specific point or region when loaded. For instance, a certain point on a bridge will experience more stretching and distress than another point when a semi-truck drives over it. If not designed properly, the bridge may fail locally at the point or region that has stretched the most. There are millions of those types of stresses happening inside any structure subjected to dynamic loading, but until now, engineers were only approximating their effect to solve topology optimization problems under static loading, or loads that do not move.

“Those approximations lead to inadequate results and limit what can be done,” said Giraldo-Londoño, an assistant professor in civil and environmental engineering. “To solve large problems, you need to treat stress as a local quantity. In my work, we developed a new computational technique that solves that problem in a consistent way, treating stress as a local quantity at every point.”

To do that, he and his team used a well-established mathematical programming technique known as the augmented Lagrangian method. The technique has been used to solve similar problems in the past, but only for static loads, or loads that do not move or change over time. For this paper, Giraldo-Londoño introduced a new numerical scheme that solves dynamic problems by factoring in millions of variables.

“To my knowledge, this is the very first work in the literature that has been able to solve stress-constrained problems for dynamic loads,” he said. “The formulation is quite generic and can be used for many applications.”

He hopes this technique will provide inspiration that leads to more optimal designs, not only for bridges and buildings but for aircraft components, airless tires and other innovative weight-bearing structures.

Giraldo-Londoño submitted the paper while finishing his PhD at Georgia Institute of Technology. At Mizzou, he hopes to continue to work on the problem under other conditions.

“At this point, the formulation assumes materials are linear, but when materials deform considerably, they are no longer linear, so we need to test it on materials under large deformations,” he said. “There are many ways to improve this, but it was a very significant breakthrough.”

Co-authors on the paper were Glaucio Paulino, Giraldo-Londoño’s advisor at Georgia Tech, and Miguel Aguilo of Sandia National Laboratories.