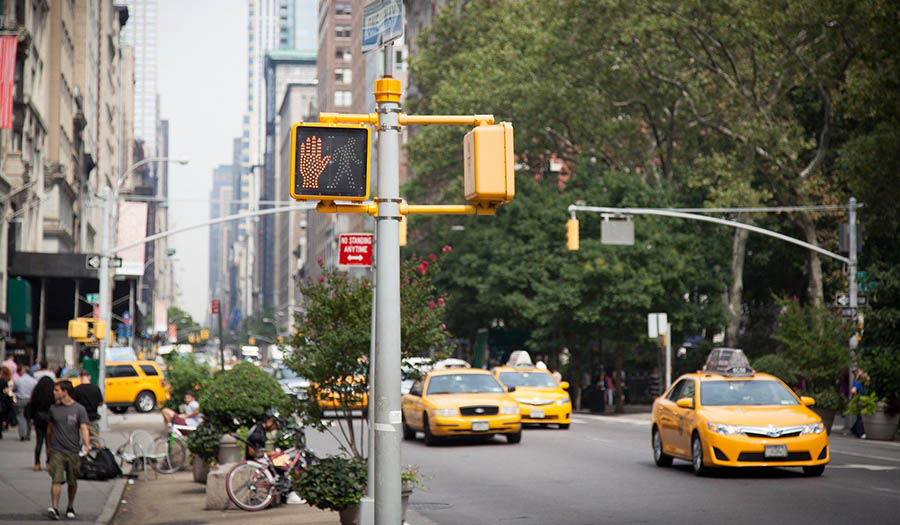 Engineers still have some kinks to work out before flying taxis become reality. But when they do hit the market, what will demand look like at different times and places? That’s one question Suchithra Rajendran, an assistant professor of industrial and manufacturing systems engineering (IMSE), is studying as she considers the operational challenges that air taxi services face.

“Air taxis are expected to be launched in the forthcoming years,” Rajendran said. “Both city planners and logistics companies need to have some insights on the demand patterns to better serve the customer base.”

To better understand potential demand, she teamed up with IMSE Assistant Professor Sharan Srinivas. The team is trying to develop models that can enable logistics companies to predict the demand for air taxis, Srinivas said.

Companies know the predominant markets will be in metropolitan areas such as New York City, Chicago and Los Angeles, he said. But pinpointing exact spots is trickier, as there’s no existing data on which to base predictions.

To get an idea, Rajendran and Srinivas, along with their undergraduate student, Trenton Grimshaw, used data from New York’s Department of Transportation to determine the number of people who rely on traditional yellow and green taxis for transportation. They coupled that information with results of prior air taxi studies, then used machine learning to organize the data and gain a better understanding of where people would be requesting rides.

“Of course, we cannot assume everyone using a ground taxi is going to use air taxi. We estimated the customers who are eligible for air taxi services based on their travel distance and time.” Rajendran said. “Once we got those predictions, we developed machine learning models to come up with specific predictions such as what will demand be at 9 a.m. in Central Park? This will allow companies to better plan.”

The prediction methods could also help determine where to build vertiports, or stations where passengers would board air taxis. In New York, for instance, data shows customers would constantly request air taxis at JFK International Airport.

“There’s a huge demand near the airport, and it can be challenging to get land space near the airport, so that will require planning,” Srinivas said. “Another aspect is rerouting. If I know there is going to be demand at JFK in 15 minutes, I can direct an empty air taxi to relocate there before the demand to minimize waiting time for customers.”

Rajendran, Srinivas and Grimshaw outlined their findings in the Journal of Air Transport Management.