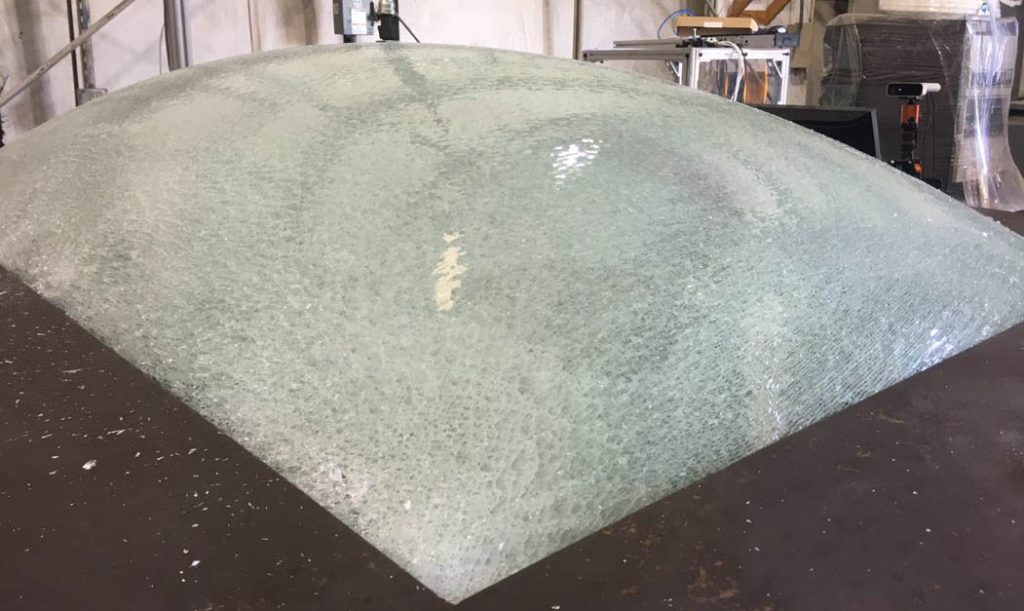 Buildings have some level of protection against explosions, thanks to the work of Mizzou Engineers; however, windows remain a hazard. Now, Professor Hani Salim is looking into innovative new ways to keep glass from shattering in the event of a blast.

Salim, who’s in the Civil and Environmental Engineering Department, received a pair of grants totaling more than $1 million from the U.S. Army Engineer Research and Development Center to develop blast-resistant glazing prototypes that can be used to protect people from glass shards.

Salim has been researching blast resistant materials since the late 1990s. He’s developed standards for concrete and steel walls that are used in building design standards today.

“Blast resistance is an area that has been growing in national interest since the Oklahoma City bombing in 1995,” he said. “What that showed us was that not only was the targeted building affected, but buildings far away from the epicenter were also impacted mainly due to flying glass, which caused injuries and deaths.”

Windows are the weakest link of a building because they are fragile, light weight and more prone to react to pressure. While they’re constructed to withstand high winds, explosions are 100 times more powerful.

“You can add strength using different types of glass such as heat strengthened or laminated glass, similar to what is used in car windshields,” he said. “If a windshield is hit, you will see cracks, but the glass stays in place because there’s a polymer in between the glass layers.”

However, current lamination techniques are flawed. They’re prone to deterioration from elements such as moisture, light and heat.

Salim is investigating different types of materials that could serve as a buffer. He’s working with Professor John Gahl, director of the Nuclear Engineering Program, to use the MU Research Reactor to radiate polymers, making them stronger.

“We’re now advancing the technology, looking for new innovative materials such as emerging polymers,” he said.

Another idea Salim is exploring is creating windows that have slight curvature, similar to the curve of a windshield. Providing adequate anchorage for the glazing and the window frame is one of the areas Salim is also exploring to develop a balanced building design.

While new types of windows could be more resilient against blasts, it’s not a comprehensive solution. It would be too costly to replace all windows in courthouses, schools, government buildings and other high-risk facilities. That’s why Salim is also researching glazing techniques to retrofit existing windows.

“We cannot go to every building and replace every window, but we could add things such as films or another layer of laminated glass,” he said. “We’re looking at ways to isolate the shock first so the blast hits something before it hits the actual window.”

Salim has a concurrent grant with the Air Force Research Lab looking into various retrofitting options.

“We’ve done a lot of work around protecting building envelopes such as walls, and now we’re looking at windows and roofs to provide additional protection,” he said. “Protecting people is the main goal.”