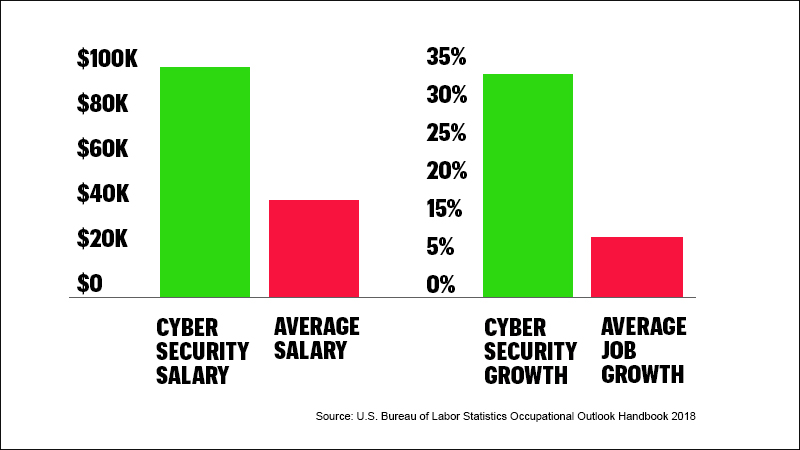 There’s a scholarship for students who want to study graduate-level cyber security at Mizzou Engineering. It fully covers tuition and fees with a $34,000 annual stipend. It includes a $9,000 per year professional development fund for books, computing equipment, training, conference travel and even health insurance. And graduates are practically guaranteed a high-paying job.

Sound too good to be true? It’s not, thanks to a $3.6 million grant from the National Science Foundation. NSF awarded the funding to Dan Lin, associate professor in the Electrical Engineering and Computer Science department.

“We need a high-quality workforce for national security,” Lin said. “The country will be looking for security experts for many years.”

Roughly 100 colleges and universities take part in the SFS Program.

However, Mizzou is one of the few offering the scholarship for graduate-level students. And that’s becoming increasingly important as cyber threats evolve.

“There’s a need to have better-trained cyber security experts to provide defense against new attacks,” Lin said. “We are one of the few participating universities focused on that research component. Students have to do independent research. That is important because agencies want people who can solve new problems.”

Scholarship recipients can pursue master’s degrees in the EECS department. But Lin encourages participants to complete a PhD. In most cases, it only takes an extra year. Plus, the scholarship covers expenses.

“Why not?” Lin said. “It’s fully sponsored, and you’ll be prepared for higher responsibilities. There will be no need to come back to school to get that promotion.”

Even before promotion, SFS alumni have a track record of entering the workforce with high-paying, stable positions. Nationwide, they work for agencies such as the CIA, FBI and CDC.

Mizzou SFS scholars currently have a 100% placement rate. Graduates have opted to work for labs including Sandia National Lab, MITRE and the Naval Surface Warfare Center.

One advantage of the SFS Program is that participants have exclusive access to a national job fair. The fair is held every January in Washington, D.C.,  and more than 100 agencies participate. There, students find internships and plenty of job offers.

“Once you’re in the program, we guarantee a job,” Lin said. “Some students get multiple offers, so it’s hard to choose. At job fairs, we say ‘don’t grab too many job offers’ because it can strain agency resources.”

“Demand for computer science graduates is very high,” Lin said. “These jobs pay well, have very good benefits and are very stable. And in many cases, these alumni get promoted early. Some become directors in their 30s.”

Want to get in on the action? Apply today!