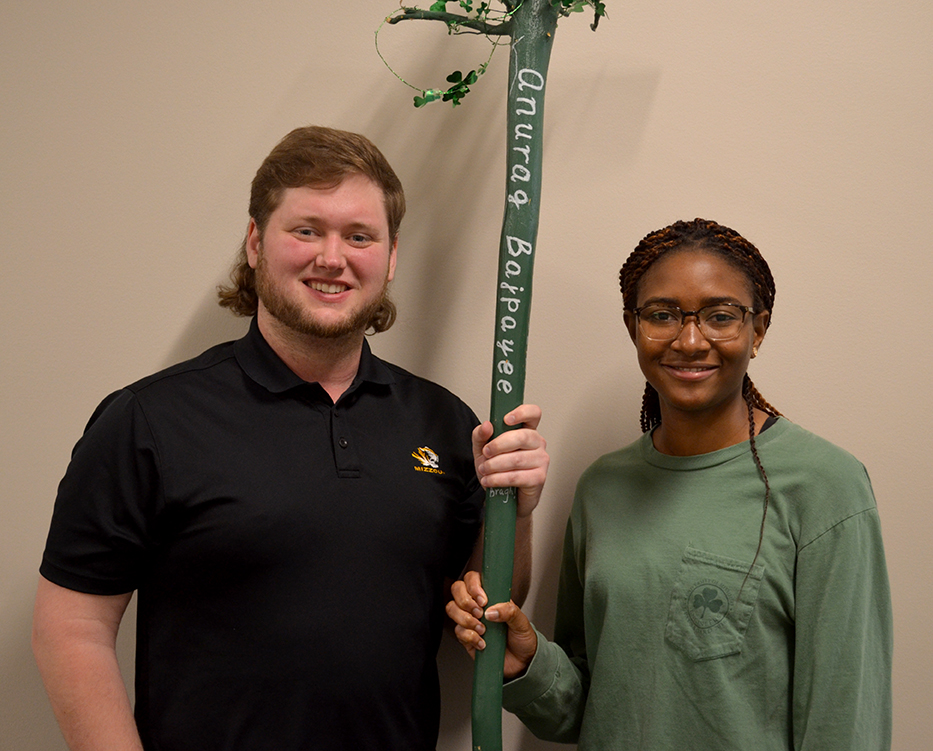 Mizzou Engineering seniors Justin Yarbrough and Ola Babalola, co-presidents of 2020 Engineer’s Week, pose with a vintage shillelagh made by Anurag Bajpayee, a 2006 mechanical engineering graduate who is the co-founder and CEO of Gradient Corporation.

Mizzou engineering students, staff and faculty are gearing up for all of the fun events and activities slated for Engineers’ Week March 6 – 14, the culmination of more than six months of research and planning by members of the Engineers’ Club-St. Pat’s Board. Seniors Ola Babalola and Justin Yarbrough were named co-presidents of 2020 Engineer’s Week last April and immediately began talking to past presidents about what went right during previous E-Weeks and what could be improved upon.

“I’ve been inspired by the past presidents because I know a lot of them,” Babalola said. “Seeing them do such amazing work for E-Week and showing how much fun it is to be an engineer, and then planning an entire week of events for people, I thought I could do it, so I went for it.”

Yarbrough said planning kicked into high gear last September when the St. Pat’s Board had a full membership.

“I initially was interested in treasurer because I didn’t want the full responsibility of president, but after attending E-Week last year, it was so much fun,” he said. “That inspired me to think I can make it even better, so I decided to try and I think Ola and I are killing it.”

Yarbrough, a mechanical engineering student from Dallas, Texas, has served on the St. Pat’s Board for the past four years, primarily on the sales committee. Babalola, an Evanston, Illinois native majoring in electrical and computer engineering, has served on the board for five years and was co-chair of the Dome Lighting Committee for four years. Both admit it’s a lot of work helping to plan for a week filled with 16 events, but they said their engineering backgrounds prepared them well.

“It’s just a lot of time management, and as an engineer, we are used to doing so many things,” Babalola said. “I am very much of a planner, so I enjoy the logistics and the planning—I kind of thrive on it and I love seeing how it all works out.”

Yarbrough said he keeps a checklist to make sure he and his colleagues stay on track.

“We work hard to have fun, and if we get compliments about the events, that will make it so much more rewarding because we’ll know we did it right,” he said.

Yarbrough said he hopes participants experience something they did not experience the previous year.

“If that’s just attending an event they did not attend last year, or attending the same event and it’s better than last year, that’s my goal,” he said. His favorite event of E-Week is the St. Pat’s Ball & MUEAO Casino Night at the Tiger Hotel March 14. 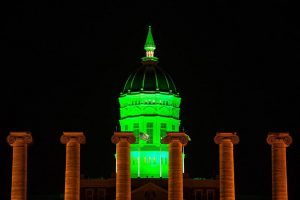 Her favorite event is the Dome Lighting Ceremony, which officially kicks off Engineers’ Week March 6.

“Once the dome is lit, everyone is mesmerized, even though they see it every year,” she said. “It’s just the excitement of E-Week—I absolutely love it!”