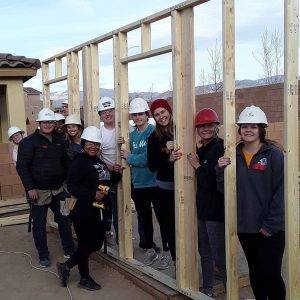 More than 20 Mizzou Engineering students sacrificed a portion of their time away from school during the winter break to help others. Students participated in a week-long Mizzou Alternative Breaks (MAB) service trip in early January, prior to the start of the spring semester. Since 1991, Mizzou Alternative Breaks has been sending groups of students on trips around the country to volunteer at various places in need.

Serving Those Who Served

Nathan Smith, a junior majoring in industrial engineering, says he was motivated to participate in the week-long MAB trip because he did a weekend service trip last year and loved the experience. The St. Charles, Missouri native said his group was the first to do an MAB trip focused on serving veterans.

“We traveled to Taos, New Mexico and served at Not Forgotten Outreach, a non-profit organization dedicated to supporting veterans and their families in the most difficult times,” he said. “We put up electric fences around a chicken coop and the bee hives to protect them from wild animals, we organized the art room at the Wellness Center and a storage room, we painted multiple rooms, dug post holes for a new goat shelter, fixed gutters and cleaned up the property.”

Smith said the veterans grow fruits and vegetables at the facility and then give the produce to local schools, so it was nice to serve those who give back to their community. During his trip, Smith said he learned that everyone has a story and everyone goes down a different path in life. 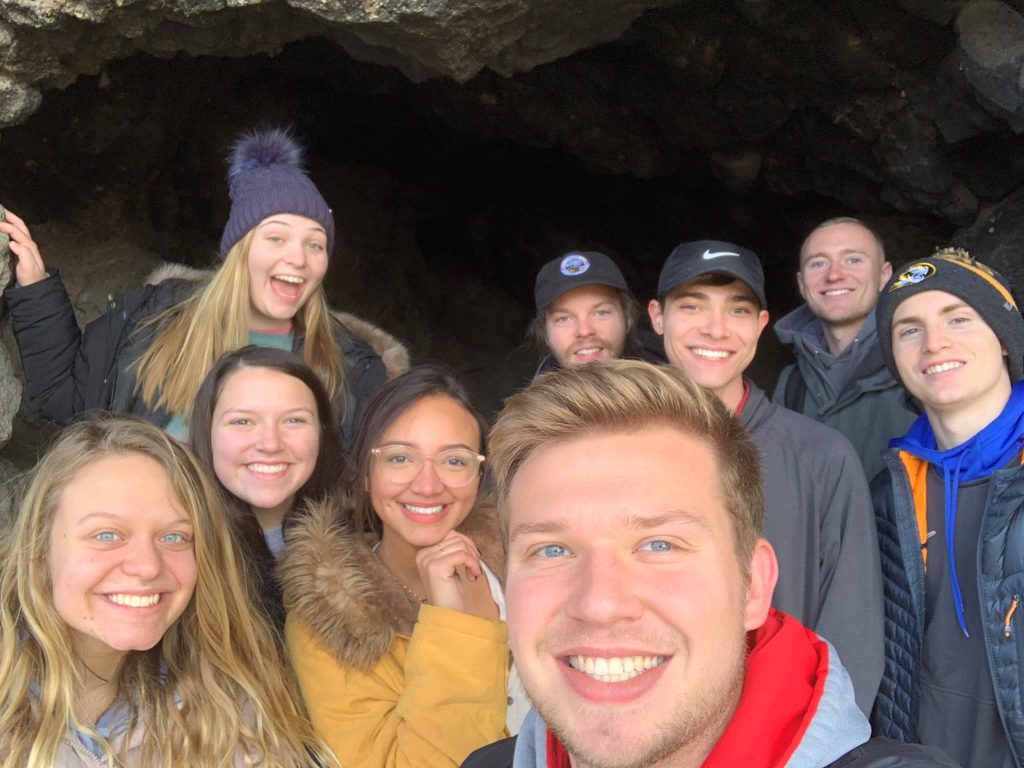 “It’s important to embrace each other for who are, and that what we do in life needs to be done because it’s what we love—not because of money or titles but because you’re passionate about something,” he said. “Everyone at Not Forgotten Outreach was passionate about making a difference in the lives of those who have given so much for our freedom.”

Smith said he happily would go on this service trip or any other MAB trip to show others how amazing Mizzou is.

Holly Welker also is a junior majoring in industrial engineering, but her trip to Santa Fe, New Mexico was her first MAB experience. The Festus, Missouri native said she wanted to participate in an MAB trip to give back to a community, and added she always has been interested in Habitat for Humanity.

“My team and I worked on the framing of a Habitat for Humanity house that the site construction manager was actually going to live in,” she said. “When we arrived at the construction site, the house was just a slab of concrete. I learned a lot about construction and about my MAB trip members.” 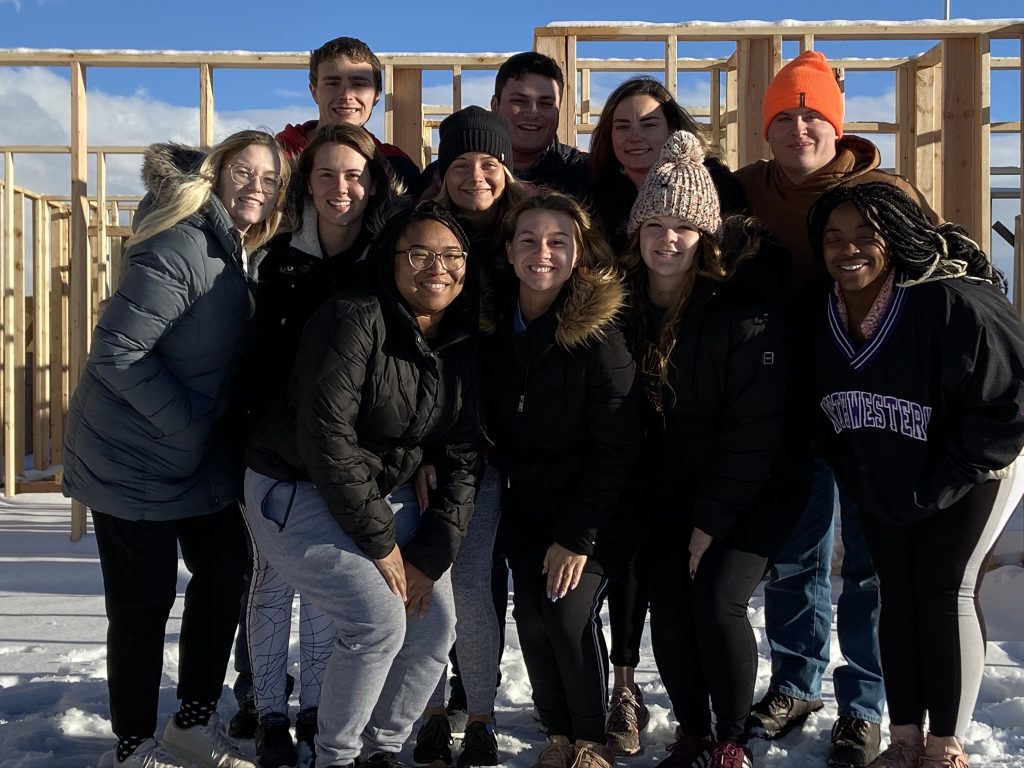 Welker said Santa Fe is a culturally interesting and very diverse city, and the people with the Habitat for Humanity organization were very kind and welcoming. But she seemed most excited by the friends she made along the way.

“I got really close with the people on my trip!” she said.

Drexel, Missouri native Paul Orton says this was his first MAB trip as well. The sophomore computer science and computer engineering major heard about previous MAB trips from friends and decided to participate. His group went to Tucson, Arizona to serve with the Southern Arizona AIDS Foundation, where they assembled safe sex kits, put together furniture and packaged dog and cat food for the organization’s pet food bank. 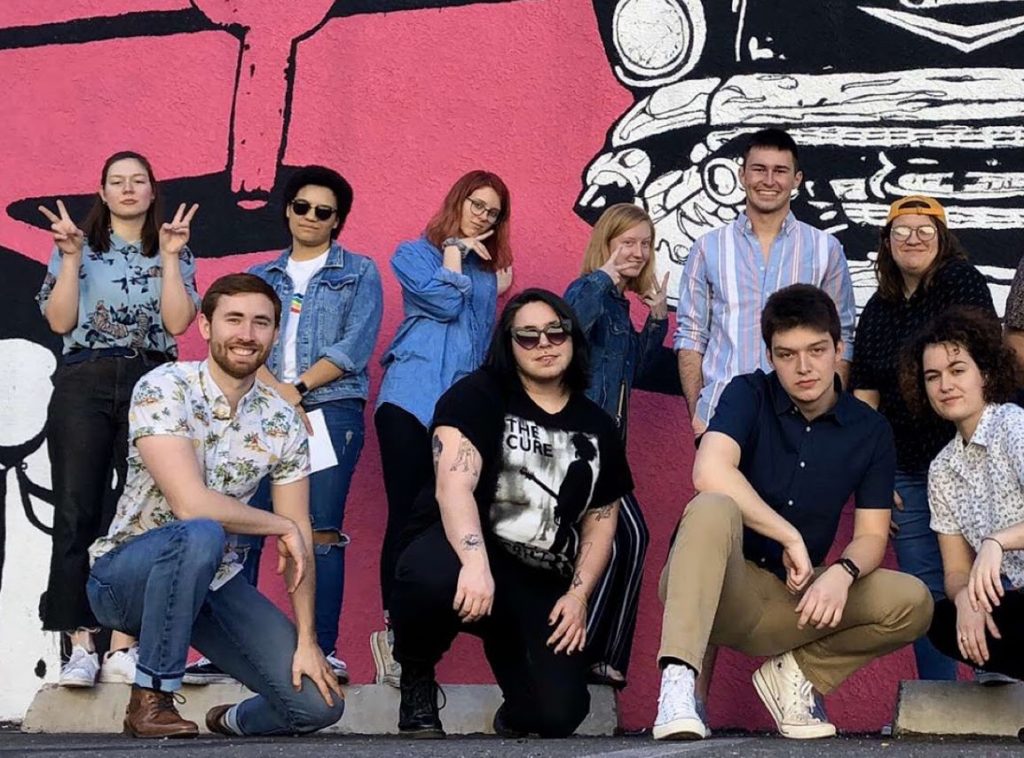 “Being a member of the LGBTQ+ community, it was really cool to see how different or similar things were in Tucson,” Orton said. “Being in such a welcoming and supportive environment – we stayed in a church that had a gay pastor – was really refreshing. I never felt out of place even though I’d never been to Arizona before.”

Orton says his group also had an opportunity to serve at other locations: a grassroots organization called Keep Tucson Together that works to stop deportation and stop the separation of families in Southern Arizona; the group also served at Ben’s Bells, an organization that recognizes kind individuals by creating bells and placing them in the community.

“From all the service sites, I learned about a lot of amazing work being done and more about how I could start contributing,” he said. “From my fellow participants on the trip, I think I learned how important a support system can be and how good it feels when you’re surrounded by one.”