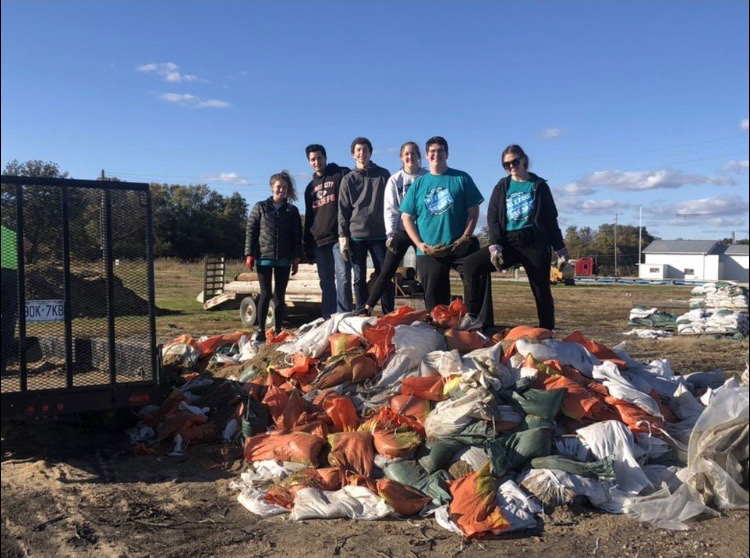 Sophia Wilson has gained a new appreciation for life in small-town Missouri. The Dallas, Texas native was among more than 100 MU students who left campus Nov. 2 to participate in Mizzou Alternative Breaks service trips across Missouri. Wilson and her peers spent the weekend in Brunswick, Missouri, a rural community in Chariton County known as the “Pecan Capital of Missouri.”

“In the morning we helped tidy up places like City Hall and a store downtown, and then after lunch we loaded and unloaded sandbags for about three hours,” Wilson said. “The sandbags had been there since the flood in May. We were covered in dirt afterwards, but it was fun.”

Brunswick borders the Grand River, which floods frequently, so it is not uncommon to see piles of sandbags around town. Wilson, a sophomore majoring in Information Technology in the College of Engineering, says she and the other Mizzou students tried to stay positive while moving the heavy bags by making a game out of it. She also was struck by the reception she and the other students received. 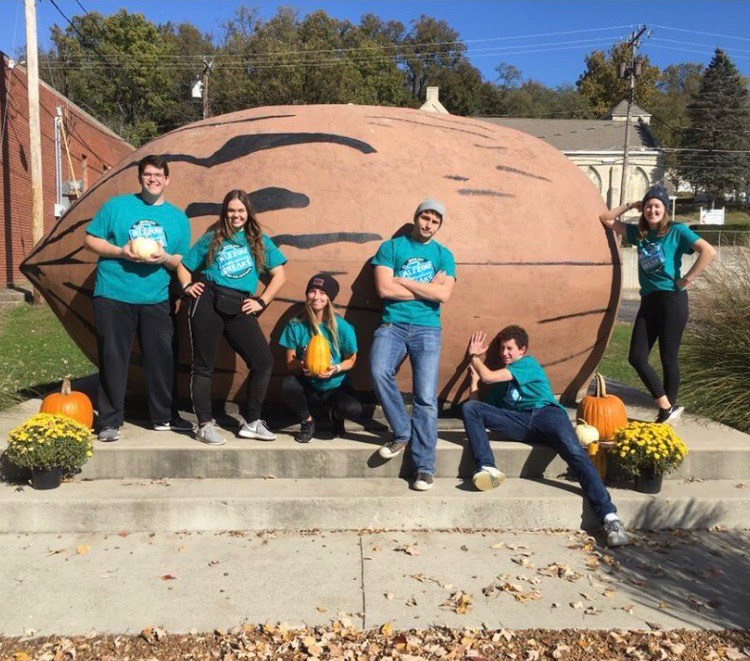 “In the beginning, the organizers told us we were there to serve, not help, and I didn’t really understand the difference,” Wilson said. “I didn’t understand why cleaning a few windows or moving a few sandbags was a big deal, but it is for people who don’t have the time or the physical ability to do things like that. Seeing their reaction made it worthwhile.”

The weekend service trips were organized by Mizzou Alternative Breaks and MU Extension. Students visited 17 counties across Missouri and partnered with local community organizations for opportunities to volunteer. Wilson says her group worked with Brunswick Mayor Pro Tem Cindy Collier, who gave the team their assignments. The team stayed with a local family during their trip.

“It’s a small community, so they are big on building relationships,” Wilson said. “When we were there they wanted to get to know us instead of just watching us serve them and then leave.”

Wilson says she is considering leading a Mizzou Alternative Breaks trip in the spring, if she can find time during what she says will be a very busy spring semester.

“I really liked my experience,” she said. “I’d love to go back to where we were—we got very lucky with that assignment.”