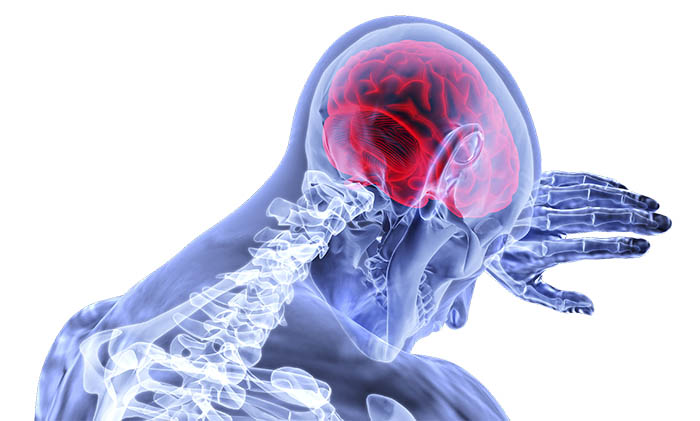 When a person suffers an injury to the head, it’s not always clear the severity of a concussion. Mizzou Engineers are coming up with a way to determine and self monitor symptoms from home.

A group of Mizzou Engineering seniors are developing an innovative way to determine the severity of concussions. For their computer science capstone project, the students are designing software that would work with virtual reality goggles to allow users to diagnose and monitor head injuries.

The students are in Adjunct Instructor Gary McKenzie’s Capstone II class in the Department of Electrical Engineering and Computer Science. Team members are Weiyu Feng, Martian Lapadatescu, Xiaoyi Li and Mahmoud Thabit. The group came up with the project idea because they wanted to solve a real-world medical problem.

When a person suffers trauma to the head, it’s not immediately clear how much damage has been done, said Lapadatescu, who is double majoring in biology.

“If you are subject to a concussion, you have a lucid interval,” he said. “People don’t go to the hospital because they come to very quickly and are feeling better. But they are unaware that after 24 hours, you can develop hemorrhaging, seizures or other problems.”

Even those who do go to the hospital aren’t immediately diagnosed, as CT Scans and MRIs cannot diagnose the severity of a concussion.  MRI, the  more sensitive of the two tests in viewing the structural or functional brain alteration, requires a patient to stand still for up to 90 minutes.

Most patients are required to stay in the hospital overnight for observation. 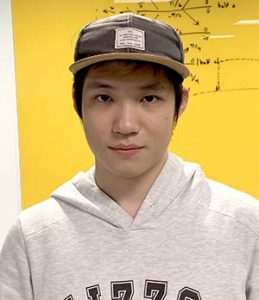 Doctors currently attempt to gauge the severity by asking a patient to follow a ball’s movement with their eyes. But that method is limited, Weng said, because it relies on human observation of data that’s often flawed.

“It’s problematic because we cannot make the distance from patients and the ball very precise,” Weng said. “In virtual reality and by wearing a headset, the distance is set exactly, the speed of the ball is precise, and everything is controlled. Wearing the headset tracks your head movement, so everything is taken into consideration and the algorithm is not affected by movement. It improves accuracy of the whole diagnoses process.”

In comparison, the eye tracking analysis software can provide immediate information about the potential long-term impact of a concussion.

Ultimately, the headset software will be connected to a website where users can measure their results against an average and get recommendations. If they have questions or need further assistance, the website allows users to connect with doctors within the system.

The team hopes using a VR headset will improve the chances of people monitoring concussions following head injuries. Right now, athletes such as football players are often reluctant to go to the hospital for concussions. And few people want to incur the expenses related to a 24-hour hospital stay and pricey scans if those are unnecessary. 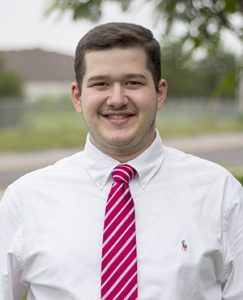 “In the future, VR goggles will be very accessible,” Thabit said. “You will actually be able to get the medical attention you need without having to be afraid of wasting money or time.”

Weng said this has been his first large-scale project working in a team. “Everyone brings a different unique skillset,” he said.

Weng has studied augmented and virtual reality for several years and understands the user experience. Lapadatescu brings medical knowledge and has been able to share with the group the realities of medical care around head injuries. Thabit is a developer and has been instrumental in designing the website linked to the software data, and Li has studied computer vision and understands data visualization. Mentoring the team is Assistant Teaching Professor Fang Wang and Professor Andrew Duchowski from Clemson University.

“You are part of something, and your vision is not the entire vision. Your skills are not the complete skillset needed to achieve something,” he said. “That can only be achieved with a team.”

That teamwork has helped Li gain more confidence in her abilities, she said. 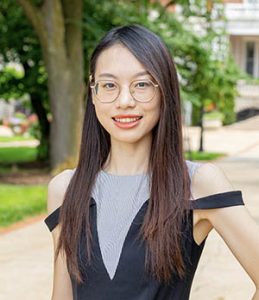 All of the students are expected to graduate in December. While this is a semester-long project, they hope to continue their work and test the goggles and software on real patients after graduation.