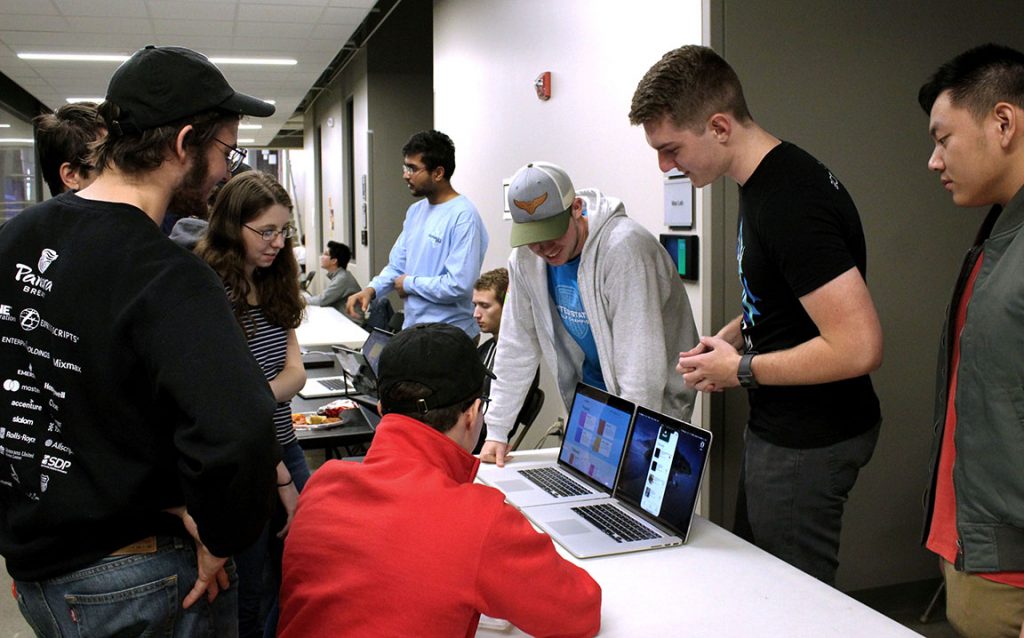 With about 230 hackers and over 8,000 collective hours of programming, TigerHacks was a weekend full of intense concentration, team collaboration and ingenuity.

Programmers and techies camped out for 36 hours in Lafferre Hall this weekend racing to complete apps and develop new hardware at the 2019 TigerHacks hackathon.

The competition challenges students from across Missouri to create innovative projects using their computer science and information technology skills.

With about 230 hackers and over 8,000 collective hours of programming, TigerHacks was a weekend full of intense concentration, team collaboration and ingenuity. 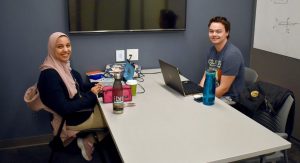 This year’s theme was “The Arts”— a broad category allowing hackers the freedom to invent any technical masterpiece they could imagine, given the 36-hour time constraint.

Art and technology may seem as far apart as two fields can get, but both have similar approaches to problem solving and require an immense amount of work and dedication.

Carter Landis, the director of TigerHacks, hoped the theme would show students the intersectionality of art and technology as well as inspire them to tackle challenges from a refreshed perspective.

“It takes time, dedication, patience and attention to detail to create a work of art,” Landis said. “I want students to take that same approach and create elegant solutions to difficult problems.”

One team produced a VR program allowing people to actually see changes to a room’s interior design before starting any renovations. Another group made an alarm clock whose song changes every day you wake-up while also intensifying each time you hit snooze. 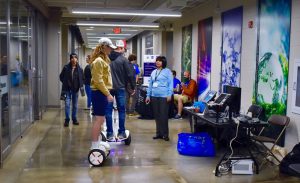 Student hackers take a respite from programming during the weekend event in Lafferre Hall.

MU students Maxwell Loduca and Sam Brokshire’s project encompassed the upbeat, innovative spirit of the competition with an app that turns your face into a Picasso painting.

It was both Loduca’s and Brokshire’s first time at TigerHacks, and as a new computer science student, Brokshire said it was an incredible learning experience.

“I’ve learned more in the past 12 hours than I have in anything else in computer science, so I’m loving it,” he said.

“I want them to grow their skill set, grow their social network, get inspired,” he said. “Sometimes it’s easy to just get lost in a business problem and be like, ‘Well, that doesn’t work. I’m so frustrated.’ I want people to step back and think, “This is something really cool, and there is so much you can do with it.’”

The competition had over 12 different prize categories like Best in Show, Best Use of Google Cloud and Best Visuals.

However, developing new technologies wasn’t the only goal of the competition. TigerHacks also offered students the chance to network with industry sponsors and attend tech talks about computer science and information technology professions.

Madison Williams, the head of the logistics committee, said TigerHacks provides students with invaluable advice from fellow students and the sponsors themselves.

“It gives students an opportunity to learn outside of the classroom and learn skills that are necessary for the workplace,” she said. “It’s important to be able to build relationships with both recruiters and the technical mentors that are here to learn more about the field that they’re going into.”

TigerHacks is an official Major League Hacking hackathon. MLH is the official international student hackathon league which sponsors over 200 hacking competitions each year.