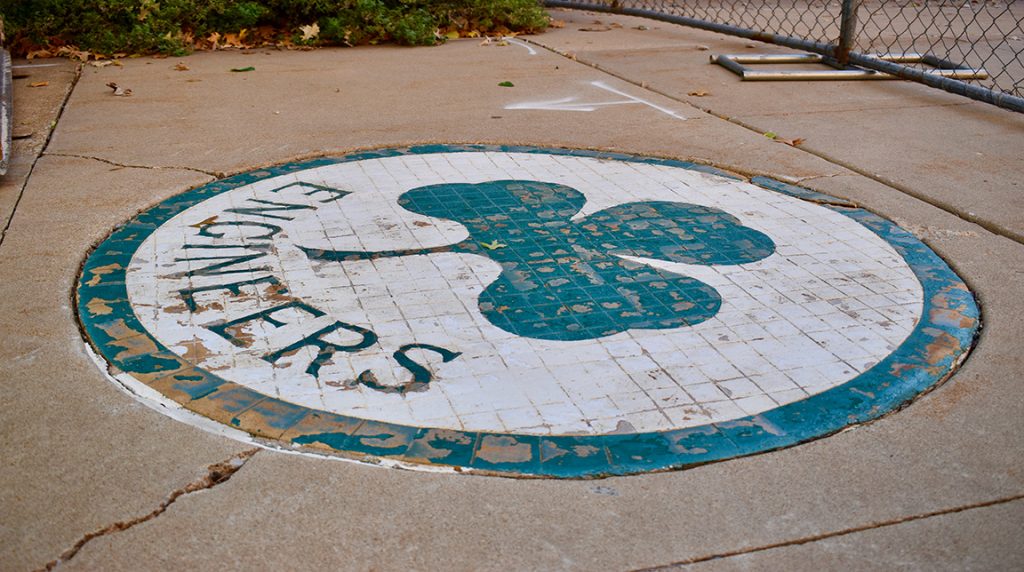 On October 19, the shamrock was removed and the concrete around it was demolished as part of the first phase of a reconstruction project. Steve Borgelt, a Chancellor’s Professor in the Department of Biomedical, Biological and Chemical Engineering, says he decided about three years ago that the Shamrock Plaza and Medallion, which was constructed in 1921, needed to be renovated to match the well-maintained appearance of the historic buildings that surround Francis Quadrangle.