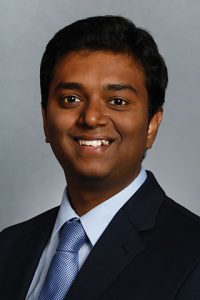 A Mizzou Engineer has developed a way trucks and drones could collaborate to most efficiently deliver packages. What makes Sharan Srinivas’ research unique is that it allows trucks to serve as mobile depots for multiple delivery drones.

Drones have started making deliveries in urban cities; however, they have some limitations. First, they can only fly a range of about 15 to 20 miles. And they can only carry five to seven pounds.

“One alternative being studied is how drones and trucks can work together, so the truck serves as a moving depot, carrying drones and packages,” said Srinivas, an assistant professor in Industrial and Manufacturing Systems Engineering. “Prior work has considered using a single truck and single drone. What we did new was consider a single truck carrying multiple drones. Ours was also the first work to consider the drone launch and recovery location to be anywhere within a delivery region.”

Using Srinivas’ optimization model, a truck could deliver a larger package to a business while also carrying smaller packages and multiple drones. From the business, the driver could deploy those drones to deliver the smaller packages to locations within a 15-mile area. As the truck continued to deliver large items in the area, the drones would return to the truck to pick up additional items or recharge.

Srinivas’ system also uses a machine learning algorithm to accelerate the solution time of the optimization model. Besides, the proposed model would take into consideration the various product weights and drop-off locations to map out the optimal delivery route.