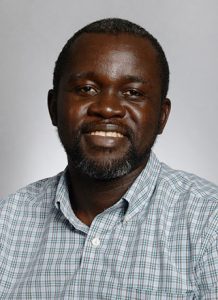 The digital sign flashes “Accident Ahead – Proceed With Caution” as drivers head along Interstate 70 in the St. Louis region. That usually means long delays for drivers as traffic builds up behind the accident. This also means a potentially serious accident that requires an immediate response from emergency personnel.

However, those personnel may be the last to know about the accident. Because of how current systems operate, informing local emergency personnel, police, traffic management centers, and the public are done separately. This can take precious time.

Assistant Professor Yaw Adu-Gyamfi in the Department of Civil and Environmental Engineering wants to fix this problematic situation. He and his team are developing a cloud-based data-sharing program that will allow St. Louis area city, county and state personnel to communicate with each other in real time.

“Agencies work separately with their own data sets. They also mount their own devices to collect data. They don’t talk to one another and sometimes duplicate efforts,” Adu-Gyamfi said.

Getting Data Working Together

This data-sharing collection project will be known as DASH. Data fed into the program is already being collected by governmental agencies and private companies. However, Adu-Gyamfi’s goal is to get these programs to communicate with each other in this artificial intelligence project.

“The need for this project is great because these agencies can put their data together to have a much better overall picture of what they are doing now,” Adu-Gyamfi said. “If we can get the data to integrate all into one platform at the same time, emergency management and traffic management can work much more efficiently.”

As an example of how this program will work, St. Charles County officials will utilize a Missouri Department of Transportation (MODOT) camera to view traffic incidents in their county instead of needing to install its own camera in the same location.

DASH will be first used in the St. Louis region. MODOT, the St. Charles County Government and the East-West Gateway Council of Governments are the sponsors for this database development, providing $1.5M to fund this 3-year project.

“This is Phase I. The plan is to extend this program to Kansas City and other metro transportation agencies in Missouri,” Adu-Gyamfi said.

This project is new for the state of Missouri, but according to Praveen Edara, interim chair of the civil and environmental engineering department, Adu-Gyamfi is the right person to accomplish this task.

“Dr. Adu-Gyamfi is an international expert in developing and applying artificial intelligence methods to solve transportation problems. His expertise is critical to designing future transportation technologies like autonomous vehicles and the potential hyperloop,” Edara said. 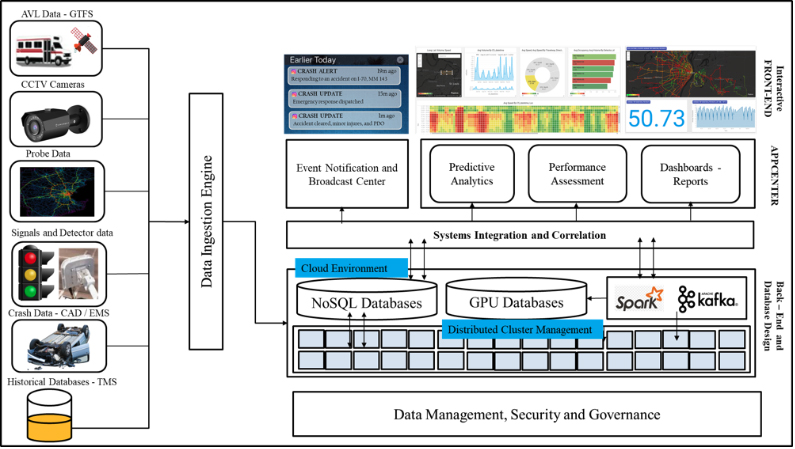 Building the interface and app will take approximately one year, and Adu-Gyamfi’s team of graduate and undergraduate students will play a major role in this development.

“Graduate and undergraduate students will do most of the management. And we are pulling people in from computer science to help construct this database,” Adu-Gyamfi said. “We have to get the data sets to align first and figure out how to do that.

“The finished format will be easy for analysis with a visual interface and also an app. Our team needs to build both the data collection system and the interface. The goal is to visualize, analyze and respond to traffic in real-time.”

Governments and public entities will be able to utilize DASH to monitor traffic conditions and collect data. This collected information will be used as predictive data to hopefully stop crashes in accident-prone areas.

“Entities could ask emergency services or a police officer to stay close to an area in hopes of preventing crashes or being able to respond very quickly if an accident does happen,” Adu-Gyamfi said.

The College’s grant office and fellow engineering instructors deserve credit in helping to win this grant, according to Adu-Gyamfi.

“Especially for getting this grant, the support from the Engineering Research Office, and the faculty from both Computer Science and Civil and Environmental Engineering helped a lot,” Adu-Gyamfi said.

Edara believes this grant will positively impact not only the department, but also Missourians’ quality of life.

“This partnership between three major governmental agencies in the St. Louis region and Mizzou is another example of how our research makes us the University for Missouri,” Edara said.