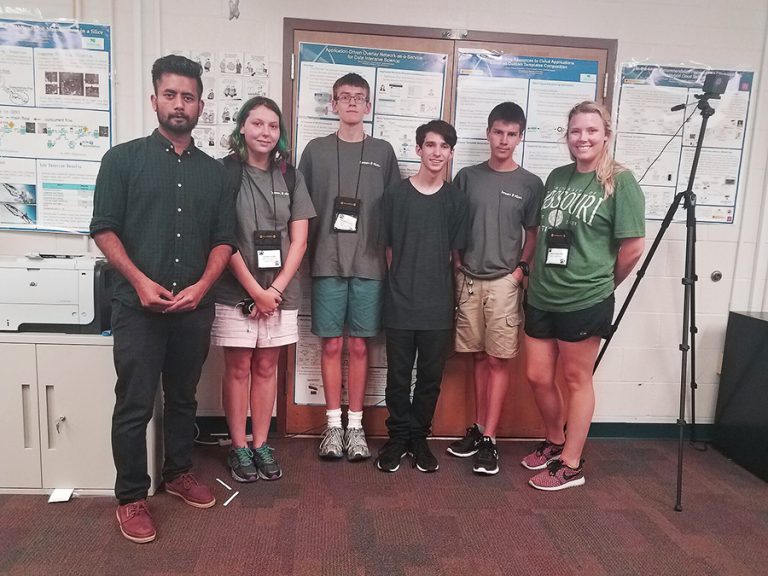 Electrical Engineering and Computer Science Assistant Professor Prasad Calyam and his graduate students Roshan Neupane and Ronny Bazan Antequera organized the third-annual Hacker Trackers summer camp, held in July as part of the University of Missouri Extension’s Summers@Mizzou program. Calyam organizes the camp as part of his community outreach and STEM Education activities to attract high school students to get excited about MU Engineering and the computer science field in general.

The four-day-long camp gives high school students training and development in Python coding and cyber security before turning them loose to put together a group project and presentation to give in front of other Summers@Mizzou camp participants.

“This year, we had the students learn about ‘Moving Target Defense in Cyber Environments,’” Calyam said. “And their project theme was to defend a cloud platform that hosts a multi-player gaming application against Distributed Denial of Service attacks.”

The six students utilized moving target defense, which moves data, packets and other necessary information from the server being attacked to another server connected in the cloud. They also created a talk accessible , and a demo video illustrating the process, which can be seen below.

Calyam said the camp received terrific feedback, as it has in previous years. Gwen Martin, grandmother of attendee Aiden Bridges, said her grandson had a smile that was “ear to ear.”

“It makes their world bigger, builds confidence, introduces them to new people and activities, and it’s all fun!” Martin said.